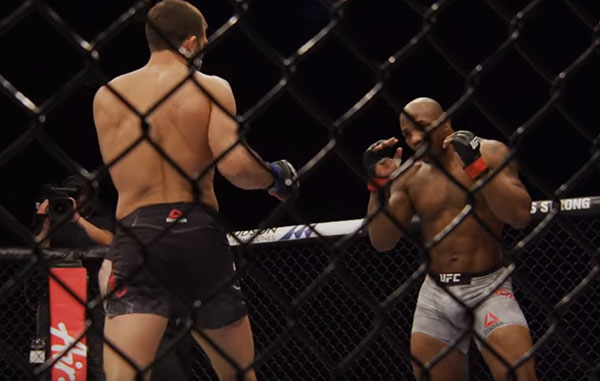 UFC 251 has the potential to promote Perth to up to one billion households in 172 countries via television broadcast and streaming services. UFC also has a social media reach of more than 79 million followers.

Tourism WA will use these social media platforms to showcase WA, promoting Perth's natural surroundings, vibrant city nightlife and the State's regional areas to millions of people around the world.

The announcement of UFC’s return to Perth is a result of the State Government's decision in June 2017 to lift a ban on the UFC's 'octagon', which allowed Tourism WA to secure UFC events for the benefit of local tourism and the wider economy.

Visitors to UFC 221 injected around $5.3 million of direct spend into the WA economy, with about 30% of ticket sales - or 3,702 tickets - bought by patrons from outside the State.

The return of the globally popular spectacle is expected to again attract thousands of interstate tourists to WA - filling hotel rooms and supporting local tourism and hospitality businesses during the State's traditionally quieter winter period.

Pay-per-views are the top tier of UFC events, attracting massive global audiences - with only 12 held each year, and only two or three of those hosted outside North America.

UFC 251 is the only pay-per-view UFC event scheduled for Australia this year, with the sport's dedicated fan base expected to converge on Perth for the event.

"We're looking forward to UFC 251 being another great success and solidifying Perth's claim to be a regular host city for UFC's future championship bouts.

"These major events are only hosted outside North America a couple of times a year, so to secure another one is a major success for WA tourism and an indicator of Perth's growing global reputation.

Western Australia Sport and Recreation Minister Mick Murray added "securing UFC 251 is a major coup for the State, as the mixed martial arts sport is highly-prized for its significant global fan-base on social media and through pay-per-view broadcast.

"Hosting a second UFC event shows that Perth has an excellent reputation as a city that has a variety of quality venues to attract elite-level sporting events of all kinds.

"We're looking forward to locals and visitors getting behind another UFC event in Perth, and the sport delivering more great results for the State."

Ticketing and bout information for UFC 251 will be finalised in the coming months.

For more information go to http://www.ufc.com/perth