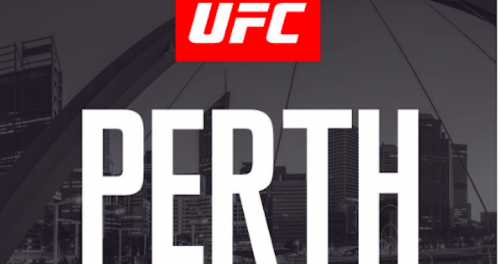 In a promotion expected to attract thousands of fans to Western Australia and inject more than $7 million into the economy, Perth Arena is to host an Ultimate Fighting Championship (UFC) event early next year.

The deal was made possible after the Western Australian Government, in June, lifted a ban on combat sports such as mixed martial arts (MMA) being held in purpose-built, fenced-in enclosures such as the UFC's Octagon.

Backed by the Western Australian Government through its Tourism WA agency, the Pay-Per-View event - the top tier of UFC events - will take place on 11th February 2018, with a fight card featuring the best local and international mixed martial artists. The event is expected to attract a global Pay-Per-View audience of more than 15 million, with the broadcast available in all of Tourism WA's markets.

The bout, UFC 221, will be the 221st UFC Pay- Per-View event ever staged and only the fourth to be held in Australia. Of the 13 top UFC events held each year, only two are typically staged outside of North America.

Commenting on the staging of #UFC221, Western Australian Tourism Minister Paul Papalia stated “more than 15,000 fans will pack Perth Arena for this long anticipated event, with 8,000 of them expected to come from interstate and overseas.

"Not only will this event be great for tourism and local jobs, UFC 221 will be embraced by WA's own 40,000 registered fans - the third biggest UFC supporter base in Australia.”