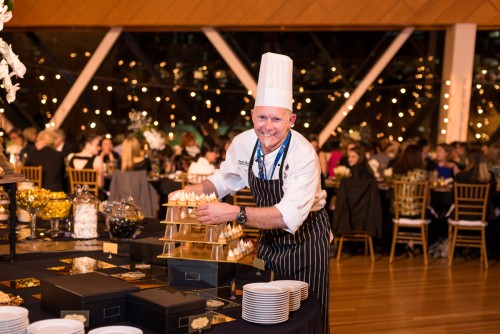 Perth Arena has been named Venue Caterer of the Year award at the WA Restaurant and Catering Awards for Excellence.

The nationally recognised and independently judged awards recognise exceptional service and culinary talent across Australia, with the Venue Caterer of the Year award marking the fourth major catering award Perth Arena has received in the same number of years of operation.

Perth Arena General Manager Michael Scott says that good food is a major part of a great arena experience, commenting “at a show the team can cater to 15,000 fans, provide three menus to 580 suite guests, backstage catering for a crew of 200, a restaurant for 150 diners and up to 600 guests in other functions.

“Our talented catering team bring their vast experience to tailor offerings to each show while ensuring high quality remains constant,” he said.

Carren explained “the provision of high quality catering is a key element of staging a successful event, and something we constantly monitor in customer satisfaction surveys across all of our VenuesWest sites.

“I’m really pleased that the in-house team at Perth Arena has been recognised for its impressive work.”

Scott and the team are honoured to be recognised by industry peers advising that AEG Ogden’s commitment to providing the best experience means they will continue to innovate.

Scott added “WA produces some of the finest ingredients in the world and with so many visitors from out of town it’s important to celebrate our region.

“The award encourages us to keep challenging big venue catering and we look forward to sharing that with our fans.”

The Restaurant & Catering Awards for Excellence are the most dependable and authoritative guide to Australia’s best restaurants and caterers.