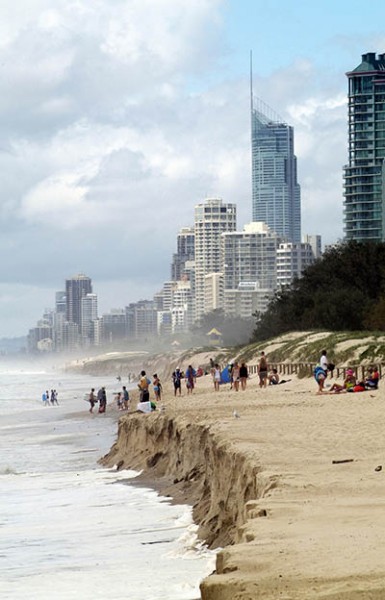 With sea-level rise likely to affect hundreds of millions of people throughout this century, a number of tourist destinations are at serious risk of completely vanishing by 2100.

Around the world, rising sea levels, as a result of human induced climate change, are already having an impact.

Although other tourist destinations are unlikely to completely disappear, extreme flooding is likely to become a regular occurrence because of accelerated sea-level rise, caused by global warming. Specifically, in coastal areas including those of Australia, Japan, China, and the United Arab Emirates sea-levels are predicted to seriously impact residents, infrastructure, and their subsequent tourism industry.

Within this century, the Intergovernmental Panel on Climate Change (IPCC) predicts oceans to rise, on average, by around 70 centimetres if we rapidly get our emissions down (RCP 4.5), and around one metre if we don't (RCP 8.5).

With some of Australia’s most popular tourist destinations including beaches and reefs, the threat to these destinations if no action is taken would be significant.

Research - published in Nature Climate Change in March 2020 that was based on satellite images mapping shoreline change between 1984 and 2015, combined with IPCC sea-level rise forecasts for the year 2100 - shows that Australia is going to lose about 40% of its beaches over the next 80 years.

By "lose", the researchers mean those beaches will recede by more than 100 metres. If we factor in erosion of less than 100 metres, the figures will be much higher.

Beaches are the interface between land and ocean, providing coastal protection from marine storms and cyclones. However the presence of sandy beaches cannot be taken for granted, as they are under constant change, driven by meteorological, geological and anthropogenic factors. A substantial proportion of the world’s sandy coastline is already eroding - a situation that could be exacerbated by climate change.

Researchers concluded that of all the countries in the world, Australia is forecast to lose the most sandy coastline - more than 12,000 kilometres - as sea-level rise approaches that 70-centimetre mark, according to lead author Michalis Vousdoukas from the European Commission, Joint Research Centre (JRC).

If we continue to reduce emissions and the sea levels rise by a metre within 80 years, the amount of Australian beach that will be lost increases to around 15,439 kilometres.

Coastal ecosystems that are likely to be affected by sea level rise not only include beaches, but also coral reefs and other tidal systems such as estuaries, and wetlands.

CSIRO highlight that coastal industries need to prepare for change as their location or access or use of coastal resources is likely to be impacted with tourist operators likely to have challenges adapting to coastal change.

CSIRO continue to report on the consequences of sea level rise and its associated increased flooding of low-lying coastal areas and coastal erosion, loss of beaches, and higher storm surges that will affect coastal communities, infrastructure, industries and the environment. 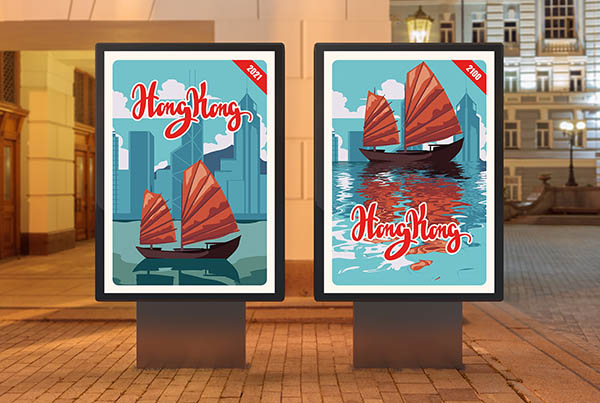 According to Statista - Hong Kong, a thriving, energetic city that sees approximately 56 million tourists every year - is facing a sea-level rise of 0.6 - 1.3 metre rise by 2100. This could have devastating effects on 8.4 million vulnerable residents in low-lying areas who would be exposed to extreme flooding.

Energy expert and content editor for money.co.uk, Ben Gallizzi reports that the Maldives – a popular tourist destination known for its white sands and crystal waters - is extremely vulnerable to rising sea levels. As one of the flattest countries in the world, even the smallest change in sea level could be devastating. Currently, 80% of the island is only one metre above sea level, and it’s estimated that by 2100, 77% of the Maldives land area could be underwater. 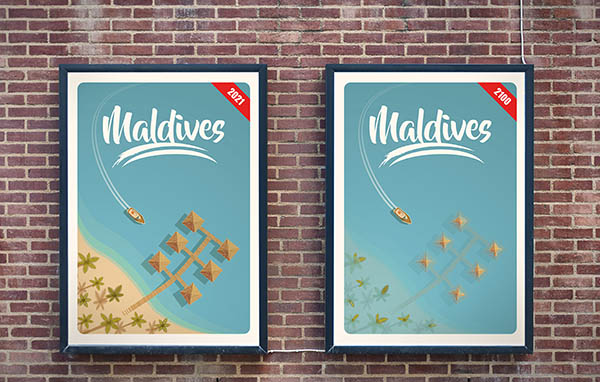 Gallizzi also reports that Fiji, a country where the economy is largely based on tourism, has already started to see the effects of rising sea levels with research showing that it will continue to rise to one to two metres by 2100, which risks the island being submerged completely. Seychelles, Solomon Islands and Palau are all also at risk of disappearing by 2100.

Dubai, as one of the most popular tourist destinations in the world, is also vulnerable to extreme flooding by 2100. A rise of three metres would see the Emirate city lose much of its infrastructure. If the sea levels rise to nine metres, then it’s estimated that Dubai would be entirely submerged, making it the shortest-lived elaborate infrastructure in human history.

Images: The effects of a king tide on Queensland's Gold Coast (top, credit: CSIRO/Bruce Miller) posters reimagining how some of the most popular holiday destinations could look by 2100 if sea levels continue to rise dramatically (middle and below, courtesy of Ben Gallizzi at www.money.co.uk)