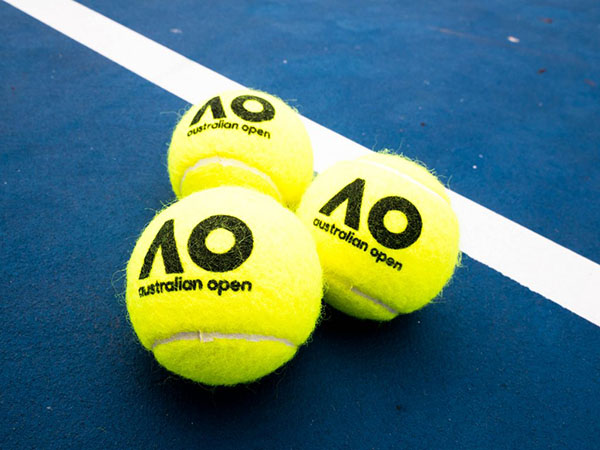 Tiley advised “as the biggest sporting event in the world each January, the Australian Open is in a unique position to help drive awareness of the need for increased sustainability.

“While minimising the environmental impact across all of our events is an important focus of our team, equally, we know that as the national sporting body, we also have the power to influence and drive the behavioural changes required to achieve climate neutrality at the local community level.

“Sustainability has been a key focus of the ongoing redevelopment of the Melbourne Park precinct during the past 10 years. As Australia is one of the driest countries on earth, efficient water use has been, and continues to be a priority, with all new infrastructure designed to help in the harvesting of water for use across the precinct,” Tiley continued.

A staff-led action group has also been working across Tennis Australia to identify, support and encourage a culture of sustainability throughout the organisation and the sport of tennis. The areas of focus include:

As a signatory to the Sports for Climate Action Initiative, Tennis Australia agrees to support the goals of the Paris Agreement in limiting global temperature rise by implementing the following five principles:

Australian Open green initiatives
Each year the Australian Open builds on its reputation for environmental innovation across the Melbourne Park precinct, both on and off the court.

Water efficiency
• As part of the Melbourne Park redevelopment, large water tanks (4.5 mega litre capacity) were installed underneath Grand Slam Oval and the western concourse, considerably boosting Melbourne Park’s existing water harvesting system. Collected water used for irrigation of nearby landscape and toilet flushing at arenas and in the National Tennis Centre
• Overhead spray systems have been converted into drip and sub-surface irrigation where possible
• Water flow restrictors have been placed on taps, showerheads, urinals and toilets throughout the precinct, including player change rooms
• Drought tolerant native plants and high efficiency sprinkler systems with an auto rain shut off feature.

Energy and atmosphere
Energy saving buildings are designed to reduce operating costs and greenhouse gas emissions
• The Melbourne Park Redevelopment has been conducted with a view to making Melbourne Park one of the most sustainable sports venues in the world. Design and build methodology for all works is consistent with LEED (Leadership in Energy and Environmental Design) requirements
• Margaret Court Arena, National Tennis Centre, Eastern Plaza, Western Precinct and Tennis HQ are all LEED Gold certified. Rod Laver Arena is on track to achieve same.
• The Eastern Plaza, National Tennis Centre and Margaret Court Arena were constructed using practices that minimise storm water run-off, wind erosion and dust from movement of construction vehicles, reducing impact on the local environment
• On the Western Courts - installation of LED lighting reducing energy consumption and cooling requirements.
• NTC has naturally ventilated indoor tennis courts that keep players cool, even when outdoor temperatures are high; this also reduces the reliance on air conditioning equipment
• Mechanical heating, cooling and ventilation systems have also been upgraded in RLA – enabling the system to be scaled in intensity depending on the occupation levels – reduces the electricity usage of both fans and cooling plant.
• Solar arrays positioned on the roof of the National Tennis Centre and Tennis HQ to provide renewable energy for use in those buildings.
• AO 2018 achieved 13.5% reduction in electricity use across the three arenas a result of mechanical plant optimisation initiatives.

Catering
• Single use plastic straws were not offered at AO 2019 saving more than 150,000 straws from landfill – biodegradable ‘eco straws’ were available on request
• Beer and RTD spirit mixes were served in cans in all public bars; making a change from plastic cups as aluminium cans are more efficient to recycle than plastic cups
• All drink trays and other plastic cups used were recyclable
• All paper plates and napkins provided at Delaware North public catering outlets were made from recycled materials. Cutlery and packaging provided with all concession catering was made from biodegradable plastic or recycled/sustainable bamboo
• Delaware North partnered with OzHarvest for redistribution of surplus food during the event.

Other waste reduction initiatives
• Approximately 90% of waste generated at the Australian Open is recyclable
• Plastic bags have been removed from all AO merchandise retail outlets, reusable non-woven bags available for purchase
• Tennis Australia has again partnered with Cleanaway to sort co-mingled waste into efficient recycling streams. 89.1% of waste from AO18 was sent for recycling
• 'Simply Cups' coffee cup sorting stations installed in over 30 locations on site to provide a recycling stream for plastic-lined coffee cups
• Along with the 'Simply Cups' partnership, AO Keep Cups are provided to all accredited media upon arrival
• Water bottle refill stations are located in high traffic areas around the site
• Used AO 2019 tennis balls are provided to the “Kia Ball Drive” on-site activation, where AO patrons can purchase an official AO ball for a $2 donation. Funds raised are expended via the AO Community Grants program
• Australian Open overlay signage has been printed with reusability in mind, i.e removing references to ‘2019’. All non-reusable corflute signage will be returned to signage contractor for recycling into new corflute.

Temporary infrastructure and services
• Smart solar-power lighting systems will be used and running on their own power on Grand Slam Oval, Garden Square surrounds and the AO Festival.
• Site fencing for the Melbourne Park Redevelopment has been repurposed for Australian Open use
• Public transport use is encouraged as a convenient and energy-efficient way to travel to the AO

Image: Dunlop became the official ball partner of Australian Open in 2019. Used AO 2019 tennis balls are provided to the 'Kia Ball Drive' on-site activation, where AO patrons can purchase an official AO ball for a $2 donation. Funds raised are expended via the AO Community Grants program.