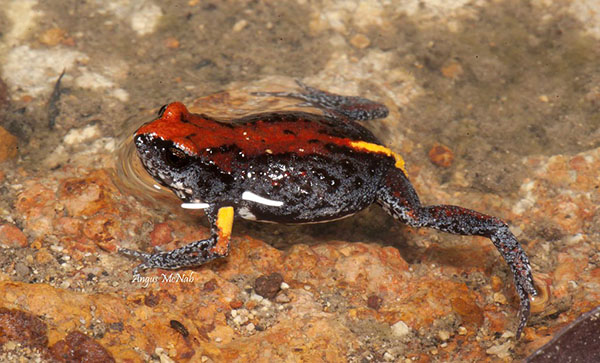 A new study published in the journal Global Ecology and Conservation from scientists and policy experts at the University of Queensland’s Centre for Biodiversity and Conservation Science and the Australian Conservation Foundation (ACF) estimates that The Great Dividing Range will become climatically unsuitable for 26 native species within 60 years if the current global high emissions trajectory continues.

That’s the sobering assessment of the Great Dividing Range, which stretches from Queensland to Victoria and is home to three-quarters of Australia’s population and much of our biodiversity claims that under a high emission pathway - a scenario that assumes an increase in mean global temperature of 3.7℃ by 2085 - the Great Dividing Range will become climatically unsuitable for 26 native species within 60 years, including 11 species that are found only in the region.

Study co-author, Dr Sean Maxwell of the University of Queensland explained “the way emissions are tracking, we will lose a raft of species found nowhere else in the world, including the Blue-winged parrot, Mount Claro rock wallaby, Magnificent brood frog and Painted spadefoot toad. We found areas of vulnerability concentrated in the northern parts of the Great Dividing Range, including Cape York and the Wet Tropics and throughout northern NSW."

Professor James Watson, also from the University of Queensland, added “this study provides yet another wake-up call for those in government responsible for saving Australia’s previous natural legacy. Without action, many species will have nowhere suitable to persist. We need to curb emissions right now and actively protect our remaining intact landscapes, as these places are where vulnerable species are most resilient to future climate change impacts."

The Australian Conservation Foundation's James Trezise concluded “we need to rapidly protect critical habitats and climate refugia for species if we are to give wildlife a chance in the face of climate change. The next Australian Government will have to step up on protecting the environment. This means introducing stronger national environment laws and investing in new protected areas, wildlife corridors and ecosystem restoration. Action on climate change will be crucial to conserving Australian wildlife so future generations can appreciate the rich variety of unique species our country is known for."