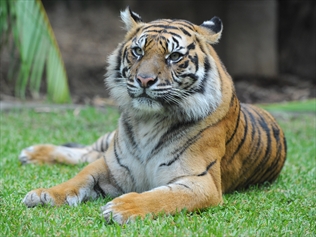 The head of the international organisation which leads the fight against wildlife trafficking says illegal poaching is driving endangered species to extinction.

Speaking at the once-in-a-decade International Union for Conservation of Nature (IUCN) World Parks Congress in Syndey, John Scanlon, Secretary General of the Convention on International Trade in Endangered Species of Wild Fauna and Flora (CITES) said illegal trade was affecting a wide range of species.

Highlighting that the trade is estimated to be a multi-billion-dollar business which has been taken over by international crime cartels, Scanlon explained "the scale is massive, it's not just affecting species like elephant and rhino, but lesser known species like penguin and rosewood.

"We can drive them to extinction simply through the illegal wildlife trade."

Scanlon said the trade was now being run by transnational crime gangs and rebel militia.

The African nation of Gabon is at the forefront of this battler, with the Director of Gabon's National Park Service, Lee White, saying the country was fighting a crisis in its forests.

White told the Congress “we lost 70% of all the forest elephants in 10 years.

"Poaching has shifted from subsistence poachers who will kill the odd animal to organised criminal groups who are massacring our natural heritage."

Dr White said the situation was so bad some countries no longer had any fish left in their marine areas, adding that, as a result “(this is) becoming an issue of national security.

The World Wide Fund for Nature (WWF) estimates three rhinos are poached every day for their horns in South Africa.

To combat this, international efforts to take on the illegal wildlife trade are becoming more coordinated with CITES joining with INTERPOL, the United Nations Office on Drugs and Crime, the World Bank and the World Customs Organisation.

Scanlon said a coordinated international effort was needed to stop the criminal trade, adding “the importance of political support at the highest possible level is a key ingredient, adding."

He suggested that the battle requires more resources for Governments to fight illegal poaching and education for communities to encourage them to protect wildlife.

Head of the International Ranger Federation, Sean Willmore said rangers needed more support as well, stating "we also have to stem the blood flow on the frontline too. Not just of the animals but of the rangers and the poachers too."

"This has never really been done in Asia."

China accounts for 70% of global demand for ivory although it has started to destroy its stockpiles.

Federal Environment Minister Greg Hunt told the Congress he would raise the illegal trade in wildlife with Chinese President Xi Jinping, explaining “I will ask and invite and encourage him to work with Australia on an international initiative on wildlife trade.

"No country will have perhaps more importance in this space than China and no person has more capacity than the Chinese president."

Minister Hunt said the talks on the illegal wildlife trade would be part of a broader discussion on the environment with the Chinese president. 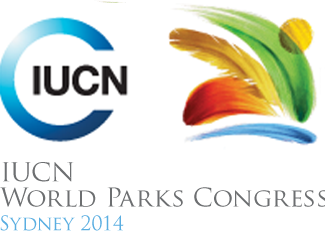 The IUCN World Parks Congress has been taking place in Sydney since 12th November and ends today (19th November 2014).