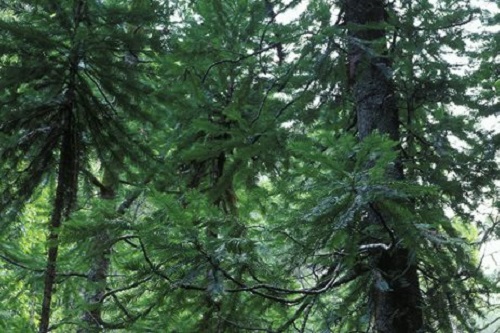 More than 50 Australian plant species are under threat of extinction within the next decade, according to a major study of the nation’s threatened flora.

Just 12 of the most at-risk species were found to be listed as critically endangered under Federal environment laws - the Environment Protection and Biodiversity Conservation (EPBC) Act - and 13 had no national threatened listing at all.

The scientists behind the research, published in the Australian Journal of Botany this month, say the results point to a need for re-evaluation of Australia’s national lists for threatened plants.

It is the first major assessment of the status of Australia’s threatened flora in more than two decades.

Plants account for about 70% of Australia’s national threatened species list, with 1,318 varieties listed as either critically endangered, endangered or vulnerable.

The research team assessed species that met criteria for either a critical or endangered listing at national or state levels to track their rate of decline.

As reported by the Guardian, they did this by reviewing all available literature on the plants - including recovery plans, conservation advice and peer-reviewed research - and conducting interviews with 125 botanists, ecologists and land managers with expertise on particular geographic regions or species.

The study examined 1,135 species, including 81 that were unearthed through the interview process as being eligible for a critically endangered or endangered listing but did not have one.

It found 418 plants had continued declines in their population and a further 265 species had insufficient monitoring information available to determine their status.

The scientists concluded that 55 species were at high risk of extinction within the next 10 years, with fewer than 250 individual plants or only a single population remaining. They found just 12 of the most imperilled species were listed under the EPBC Act as critically endangered and 13 had no listing at all.

They said there were also 56 species of plants currently on the critically endangered list that they assessed as having no documented declines or that were stable or even increasing.

The study advises "this points to a clear need for re-evaluation and standardisation of current lists, and consistent application of IUCN listing guidelines.

“There is also a need to collect systematic, repeatable field data for most of [the] species, to back up suspected and projected declines and provide a stronger basis for investment in recovery actions.”

The report authors added that the size of the list of species that were too poorly known for their conservation status to be properly assessed, highlighted the need for further surveys and monitoring and was likely to be an underestimate of the true number of potentially imperilled species.

Jennifer Silcock, the study’s lead author and a postdoctoral researcher at the University of Queensland, said many of the most at-risk species were concentrated in specific areas.

They include the wheatbelt of south-western Australia, south-eastern Queensland and the Sydney basin where rapid urban development has impacted on plant species, and south-eastern South Australia and Victoria, which has been heavily cleared for agriculture.

Many of the most vulnerable species are shrubs and, in southern Australia, orchids, with the remaining populations of some species so small they are concentrated to single areas on roadsides.

Silcok told the Guardian that for "some of these species, it would just take a grader truck from a council to accidentally run over them to destroy a whole population.

“Some of these areas are only a couple of metres wide.”

The major threats to most species include further habitat destruction and development, disease and – particularly for species with only small remnant populations remaining – incursion from weeds.

The paper calls for “concerted, targeted and efficient recovery efforts”, such as better habitat protection.

Silcock said while there was a very high risk of extinction for some species, the research showed that for many plants there was not the same “catastrophic march toward extinction” that was facing Australian fauna.

“It’s a good news story in that there are things we can do, but it’s a call to action because if we don’t do something there are species that will be lost.”

Image: The wollemi pine is a under threat. Courtesy of Royal Botanic Gardens Sydney.