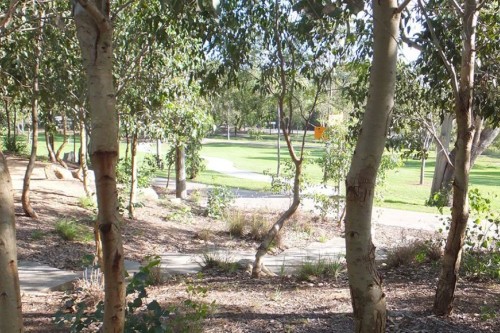 In a bid to combat Sydney's heat island effect, the NSW Government has announced plans to plant five million new trees across the city by 2030.

With Sydney’s tree cover rapidly diminishing in the face of ongoing development, NSW Premier Gladys Berejiklian has committed to spend $38.7 million over the next four years on its ‘Five Million Trees’ initiative, as part of its plan to boost Sydney's existing tree canopy from 16% to 40% by 2030.

Premier Berejiklian said the NSW Government would add to the city’s trees at a rate of 380,000 native trees a year while it will also give away 15,000 trees a year to people living in new land release areas in Western Sydney.

Introducing the initiative, Premier Berejiklian today announced “with more people putting down roots in our suburbs, this tremendous initiative will improve everyone’s quality of life.

“Sydney is growing, but growth should not come at a cost to the environment or local amenity.”

The announcement of the tree-planting program comes after the premier revealed a $290 million spending package for Sydney’s parks and open spaces. Of this, $100 million will be used to “secure strategic green space.”

In addition to the widespread felling of trees for housing development, the NSW Government has come under fire for the felling of trees to make way for infrastructure projects, such as Sydney's eastern suburbs light rail, which resulted in scores of centuries-old Moreton Bay fig trees being cut down along Anzac Parade.

Premier Berejiklian conceded mature trees had been removed as part of the Government's development agenda, but said the policy aimed to ensure "we are planting far more trees than we are removing".

"We appreciate nothing replaces a mature tree but we're setting ourselves up for the future by planting even more trees."

Every tree removed due to construction would be replaced by eight new trees, she said.

Using the example of Frenchs Forest, which has undergone significant development and land clearing due to the construction of a new hospital, the premier said the removal of trees was at times unavoidable. 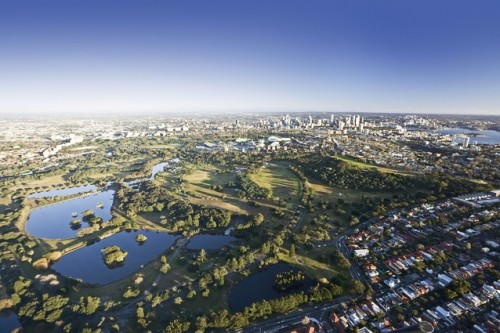 Introducing the initiative, NSW Planning Minister Anthony Roberts said the NSW Government would work closely with councils and developers to ensure that tree planting was incorporated into the construction of new homes advising “planting more trees will contribute to the lowering of urban heat in Sydney and improve the environment for pedestrians at street level.”

Minister Roberts said the government would work closely with councils and developers to ensure that tree planting was incorporated into the construction of new homes.

He added "that means reduction in temperatures in peak times around five degrees Celsius because we know trees are greater air conditioners. They will cool your home in summer and the deciduous trees keep it warm in winter."

The policy, authored by the Government Architect of NSW, argues that green spaces should be understood, developed and managed as a networked piece of infrastructure, rather than as a collection of discrete objects.

In October last year, the NSW Government announced the appointment of landscape expert Fiona Morrison as its first Open Space and Parks Design Coordinator, a newly created role to oversee a package of green projects.

For more information on Greener Places go to www.governmentarchitect.nsw.gov.au