Bilbies return to NSW National Parks after near 100-year extinction 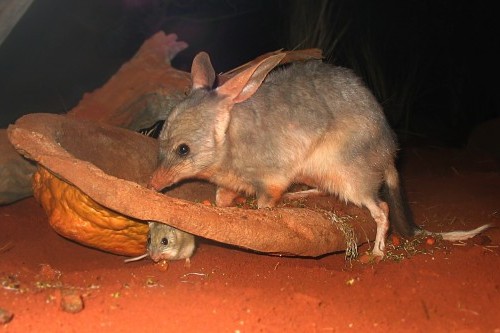 For the first time in over 100 years the Greater Bilby will be back in NSW National Parks with the species set to be re-introduced to the Pilliga State Conservation area in north western NSW before the end of the year.

The NSW Government is working with the Australian Wildlife Conservancy (AWC) to reintroduce the bilby, last seen in NSW in 1912.

The return is scheduled for November, subject to the nature reserve being secured from feral cats and foxes.

To achieve this, the AWC has started construction on a 32-kilometre fence to enclose more than 5,000 hectares for the mammal, the largest conservation area of its type in the country.

AWC Chief Executive Atticus Flemming said over the next two to three years additional species would be reintroduced as well, such as bettongs, wallabies, bandicoots and quolls.

Flemming explained “these animals are all highly endangered. They're clinging on in small populations elsewhere in Australia and what we'll be doing is bringing some of those animals back.”

The NSW National Park and Wildlife Service (NPWS) is assisting with the project, and recently conducted as series of hazard reduction burns ahead of the fence construction.

Castlereagh NPWS Area Nanager John Whittall stated “the idea is that will reduce litter and try and promote a more grassy under storey for the new animals they are going to introduce.”

Fleming said, for visitors to the conservation area, it would be like stepping back in time, adding "you'll be in a part of the Australian bush that resembles the bush as it was a couple of hundred years ago - before cats and foxes arrived.

"It'll be full of native animals."

Explaining that the Pilliga was chosen because it is an area where these animals used to live in the past, NSW Environment Minister Gabrielle Upton concluded “this is a historic step for Bilby conservation - they became extinct in NSW over 100 years ago and for the first time they will be back in the wild.

“The NSW Government is investing over $40 million through the Saving our Species program to reintroduce native species to NSW. The rewilding project with AWC is part of that significant investment.”

At least five other regionally extinct mammals will be introduced to the Pilliga in coming years - the Bridled Nailtail Wallaby, the Brush-tailed Bettong, the Western Barred Bandicoot, the Plains Mouse and the Western Quoll.