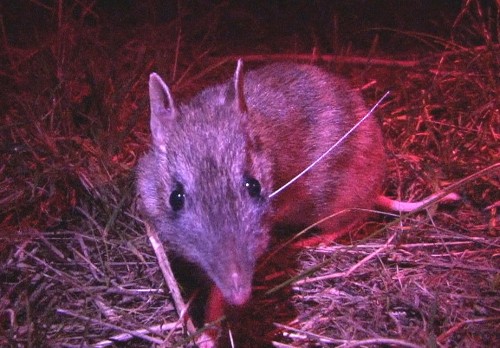 A study co-authored by a Phillip Island Nature Parks’ researcher has assessed how animal movements can be severely compromised by human activity.

Animals in the wild travel daily to search for food, find a mate or seek shelter, performing important biological functions within the ecosystem as they move.

However, this can be severely compromised if their range of movement continues to decrease as a result of human activity according to the study, led by the Senckenberg Nature Research Society and Goethe University Frankfurt.

Study Leader Dr Marlee Tucker explains “this is the first time that the impact of human development on the movement of wildlife has been examined at a global scale, and for many different species at the same time.

The study found that on average, mammals move distances two to three times shorter in human-modified landscapes than they do in the wild, and this may have far reaching consequences for ecosystems and in turn, for society.”

Dr Tucker and 114 co-authors from various institutions collated movement data from 803 individuals across 57 mammal species from around the globe, including hares, wild boars and elephants.

Scientists equipped individual animals with a GPS tracking device that recorded each animal’s location every hour for a period of at least two months. These data were then compared to the Human Footprint Index, which measures how much an area has been changed by human activities such as infrastructure, settlements or agriculture.

Dr André Chiaradia from Phillip Island Nature Parks, one of the two Australian co-authors, added “large collaborative studies such as this give a crucial snapshot of the global consequences of reducing wildlife mobility due to human-modified landscapes. It provides a management tool to support the use of bio-links or wildlife corridors that allow animal movement in fragmented landscapes.”

Researchers are concerned that reduced travel distances could affect ecosystem functions that hinge on animal movements like transporting nutrients and seeds between different areas.

Additionally, mammalian movements bring different species together and thus allow for interactions in food webs that might otherwise not occur. If mammals move less, this could alter any of these vital functions and lead to significant repercussions for ecosystems globally.

Image: An Eastern Barred Bandicoot on the move at Phillip Island Nature Parks (top) and a herd of wild horses in Mongolia (below, courtesy of Petra Kaczensky).