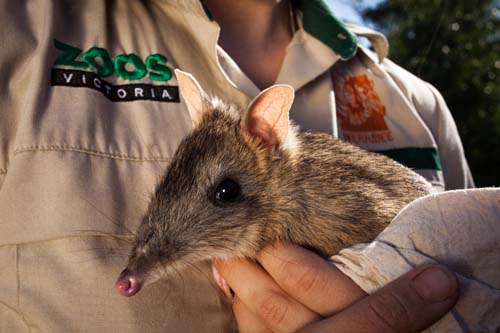 With a growing number of native animals and plants facing the threat of extinction in Australia, the Federal Government has rethought its approach to threatened species with the appointment of Australia’s first Threatened Species Commissioner.

Gregory Andrews takes up this position at a critical time in Australia’s efforts to halt a potential tide of extinctions. In his role as Commissioner, Andrews will bring a new national focus to the conservation efforts for Australia’s endangered native flora and fauna.

Andrews will work closely with some of Australia’s most respected scientists in the national Threatened Species Scientific Committee to ensure that practical action is taken to safeguard our native threatened species.

Highly regarded experts in threatened species have also been appointed to the Ministerial Council on the Environment to provide advice as a group to the Commissioner. The first four members are:

• Professor Helene Marsh – one of Australia’s leading experts on marine mammals and Chair of the Threatened Species Scientific Committee.

• Rachel Lowry – Director of Wildlife Conservation and Science at Zoos Victoria and the head of conservation at Melbourne Zoo which is playing an integral role in saving iconic species such as the Eastern Barred Bandicoot, the Tasmanian Devil and the Orange-bellied Parrot.

• Samantha Vine – Head of Conservation for BirdLife Australia, where she manages a diverse portfolio of conservation policies, threatened species projects and campaigns.

Saving the native threatened species from the threat of extinction is a tough challenge, but the Federal Government believes solutions do exist, stating that the trend of extinction in Australia’s mammals is not inevitable.

The recently published Action Plan for Australian Mammals shows that targeted interventions to address predators such as feral cats can have very effective results.

As one of his first actions, the Commissioner will develop a plan of priority actions to prevent extinctions and halt the decline of Australia’s most threatened species. As part of this plan, the Commissioner will champion the next stage of the development of a feral cat bait –called Curiosity –which is showing promise as an effective and humane approach to the problem.

One of his roles as Threatened Species Commissioner will also be to contribute to the streamlining and reform of Australia’s statutory recovery processes. As commissioner, Andrews will ensure an appropriate focus in the National Landcare Programme and Green Army on habitat maintenance and redevelopment for threatened species.

Many of the Green Army’s cohort of 15,000 young Australians, will be making efforts to recover vital habitats and develop important breeding grounds for our threatened plants and animals.

Details on the Threatened Species Commissioner’s Terms of Reference are available on the Department of the Environment’s website at www.environment.gov.au/biodiversity/threatened/commissioner