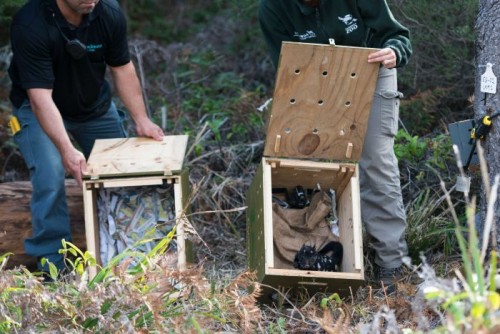 The eastern quoll has this week been returned to the wild on Australia's mainland after it was wiped out by foxes more than 60 years ago.

20 of the spotted, carnivorous marsupials, specifically bred in captivity in Tasmania for ‘rewilding’, were flown from Tasmania and released in the Booderee National Park at Jervis Bay, NSW.

Wade Anthony, founder of Devils@Cradle breeding facility and animal sanctuary, told the ABC “some bounded out of the box and took off into the bush as fast as they could, some stopped and had a look around the place and then moseyed off.

"They're stoked to explore new territory. We've spoken to the researchers and are happy to say 19 of them didn't move too far.

"One of them decided to go on a bit of a journey just a bit over a kilometre."

The feisty quolls have been fitted with GPS collar trackers, and motion sensor cameras have been installed on trees to closely monitor their survival.

Booderee National Park Natural Resources Manager Dr Nick Dexter said the collars were extremely small and researchers could find the animal with a radio signal, then remotely download all of the locations the animal had been over the previous 24 hours.

Dr Dexter advised “we also have infrared cameras installed throughout the park to monitor native fauna and any ferals.

"Once a warm-blooded animal crosses its path it automatically takes a picture." 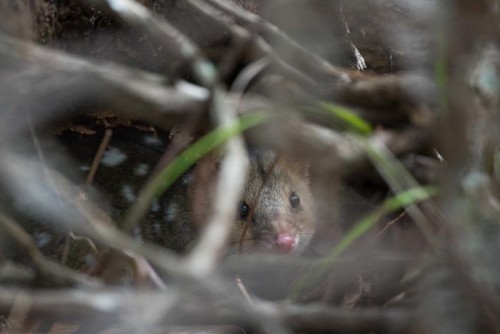 Eastern quolls were last seen on the mainland in the 1960s around Sydney and have since been eradicated by the predatory fox.

Booderee has been chosen because of its naturally protected peninsula, and as one of the most intensively controlled areas for foxes in Australia over the past 15 years.

Rewilding Australia Director Robert Brewster said the monitoring and management made Booderee an ideal spot for the eastern quoll to make a comeback in the wild, advising “that has allowed a number of other species to bounce back.

While the ambitious feat has its risks and challenges, the quolls have been prepared for the journey to the mainland since birth.

They were genetically bred to cope with the south coast climate, and those involved are hopeful they will adapt in their new home.

Anthony added “these offspring haven't had much to do with people. It's only the keepers that go in and feed them and do the bare minimum.

"The facility at Cradle Mountain is a very natural, wild facility, so they display some wild behaviours."

The first two weeks pose the greatest risk for the translocated animals.

Dr Dexter advised “as soon as they are released they will inevitably lose a bit of weight and condition, because they have to start foraging for new sources of food"And it's also when they are most vulnerable to predators and accidents, so it's a worrying couple of weeks." 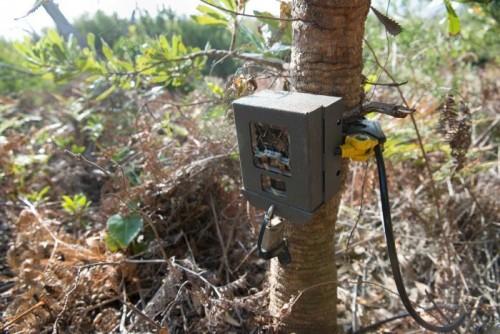 The key to the quolls' survival will be coping among lower fox populations.

Dr Dexter concluded "Western Australia, Gippsland in Victoria and south-east New South Wales have undergone intensive predator control and had great responses with small animals like betongs, potaroos, bandicoots returning - all of these creatures that had disappeared from most of Australia.”

The quolls eat insects, mice and rats and are viewed as a missing piece in the environment puzzle.

Devils@Cradle is a captive breeding facility dedicated to restoring populations of threatened carnivorous marsupials, including the spotted-tail quoll, eastern quoll and the Tasmanian devil.

The colony is expected to expand to up to 120 quolls over the next two years.

Images: Captive bred quolls being released into the wild (top), infrared cameras have been installed on trees in Booderee National Park to monitor the quolls' survival (middle) and the eastern quoll is described as a feisty, curious agile animal (below). Images courtesy of WWF Australia.