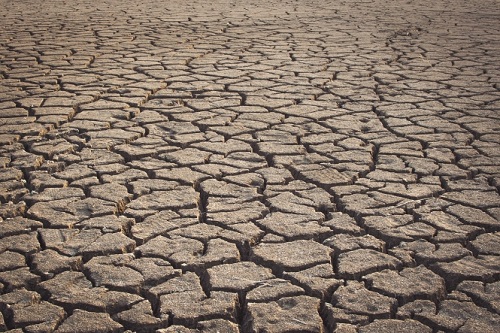 The Climate Council has warned that extreme weather events linked to climate change has the potential to disrupt Australia’s summer sports obsession at elite and grassroots level.

It comes amid unprecedented flooding in north Queensland and out of control bushfires in Tasmania.

The report advised that Australia had its third warmest year on record in 2018 with the mean temperature rising by 1.14C and noted that parts of Queensland, New South Wales, Victoria and eastern South Australia were affected by drought with annual rainfall 11% below average.

It paints a snapshot of Australia’s extreme weather events in 2018 such as Cyclone Marcus’s landfall over the Northern Territory in March - which was the strongest to hit Darwin since cyclone Tracey in 1974. It also covers December’s severe storms in Sydney and on the NSW Central Coast that brought golf ball-sized hail and were the most expensive event for Australia’s insurance companies in 2018.

Hughes, Professor of Biological Science and Deputy Vice-Chancellor at  Macquarie University advised “I do think that as climate change continues to bite over the next few decades, sporting bodies are going to have to look at changing the timing of events that are commonly held in summer.

Temperature records were broken around the globe in 2018. January was New Zealand’s hottest month on record, and 3.1C above the national average from 1981-2010. Europe had its hottest April in 2018 since records began in 1910. The US experienced its hottest May since record-keeping began in 1895 but more recently has been in the grip of the polar vortex.

Professor Hughes said that during the last drought community ovals and sports grounds became so dry they were deemed too dangerous for children to play on.

The Australian Open brought in a new extreme heat policy in 2019 following complaints in previous years about player welfare. Matches have been called off and the roof has been closed because of high temperatures.

Professor Hughes said Australians would have to make dramatic changes to working as well as sporting activity, stating “you can’t really work safely outside if it’s 47C.”

The report also suggested that state governments will have to increase resources to firefighting services. Previously some states have shared firefighting equipment with places like California because the seasons were different but now they are overlapping.

“Now there’s quite a lot of competition to get those aircraft.”

She also pointed to Tasmania’s hottest and driest January ever: 2.5C above average, concluding “you’ve got massive destruction of commercial forests in Tasmania, huge health impacts of smoke, really significant stress on communities."