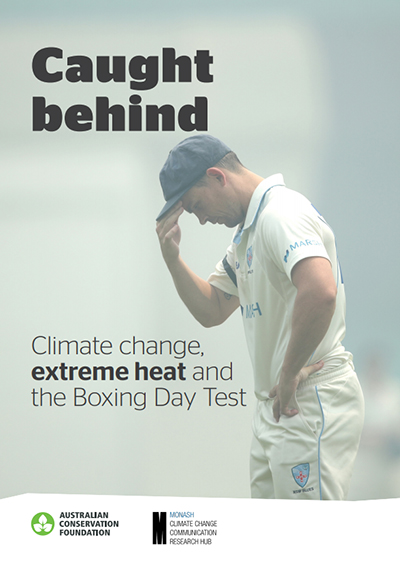 New research by the Monash Climate Change Communication Research Hub has found that Australian cricket is already feeling the impact of climate change and extreme heat - increasing the risk of heat stress on players and the likelihood of match disruptions.

According to the new assessment of the impact and exposure of Australian cricket to global warming, the Boxing Day Test may have to be played at night or in cooler months like November and March as climate change worsens extreme heat.

The new report, Caught behind: Climate change, extreme heat and the Boxing Day Test, commissioned by the Australian Conservation Foundation (ACF), also finds climate change threats may soon represent ‘material financial issues’ for Cricket Australia and its directors, who could face liability under the Corporations Act for failing to adequately address and report these risks.

• Australian cricket is already feeling the impact of climate change and extreme heat - increasing the risk of heat stress on players and the likelihood of match disruptions.
• Under current emissions scenarios, the number of extreme heat days in Melbourne during December is expected to increase significantly in the 2020s and beyond.
• Cricket authorities should give consideration to moving the Boxing Day Test to the shoulder months of November or March, or to making it a night time fixture, due to worsening extreme heat in December. 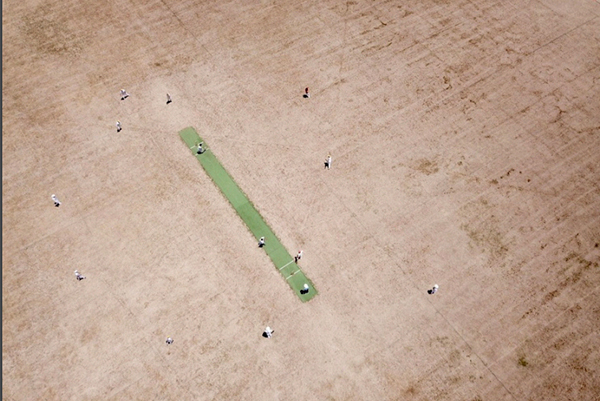 “All the science warns climate conditions are going to worsen further – unless strong action is taken to cut climate pollution from the burning of coal, oil and gas.

“Cricket depends on the weather like few other sports, with changes in rainfall and temperature affecting the movement of the ball and the condition of the pitch, often turning matches.

Sinclair highlighted that “cricketing authorities are yet to champion the national and international action needed to combat the root causes of climate change.

“Cricket Australia’s 2017-2022 strategy report and its 2018-19 annual report make no mention of climate change, environmental responsibility, the considerable air travel associated with the elite level of the game, or any attempts to improve the energy efficiency of cricketing premises.

“Cricketers from grassroots clubs across the country to those in the national squad need Cricket Australia to speak up for climate solutions that match the scale of the problem facing the game we love.”

For more information on the The Monash Climate Change Communication Research Hub go to www.monash.edu/mcccrh

Images: The cover of the Caught behind: Climate change, extreme heat and the Boxing Day Test report showing bushfire smoke blanketing the SCG as Stephen O'Keefe plays in the Sheffield Shield earlier this month (top, courtesy of Phil Hillyard/Newspix) and the Orange Cricket Ground (below, courtesy of Claudia Hiscox).