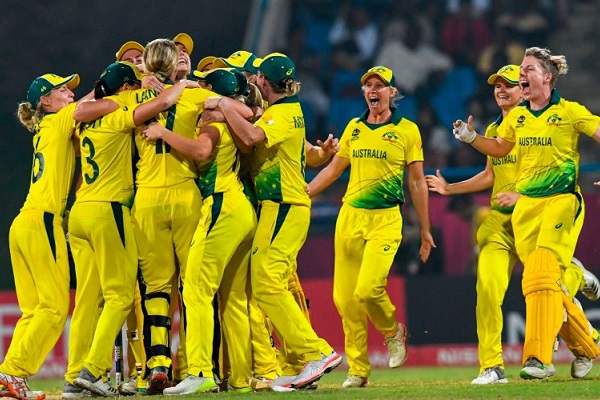 With the International Cricket Council (ICC) having agreed to significantly increase the T20 World Cup prize pool for the 2020 women’s tournament, Cricket Australia has committed to topping up any prize money won by the Australian women's team at next year's event to ensure parity with the men's equivalent winnings.

The ICC has increased the prize money pool for next year's women's T20 World Cup by 320%, with the winners to receive $1.475 million and the runners-up $737,500. However, those figures still fall short of what the men receive.

As a result, Cricket Australia will make up any of the shortfall for the women's team to ensure they are compensated as handsomely as their male counterparts.

For example, if Australia defends its World Cup crown, Cricket Australia would top up the winners' prize money with a further $885,000 to ensure parity.

Explaining the move, Cricket Australia Chief Executive, Kevin Roberts stated “we want to continue our commitment to equality by ensuring that any prize money earned by the Australian Women’s team in the T20 World Cup is the same as what is on offer in the men’s side of the tournament.

“This will include matching the prize money for the final, semi-finals, or group stage.

“The quality and skill level of the women’s game continues to grow and that was witnessed firsthand last week with the team breaking another world record, winning 18 consecutive ODI matches.”

“Cricket Australia and the Australian Cricketers’ Association (ACA) worked together to achieve significant growth in women’s payments in the current Memorandum of Understanding (MoU) and cricket is now the first fully professional women’s team sport in Australia.”

In 2017, Cricket Australia and the ACA negotiated a pioneering outcome for all players, offering the same base rate of pay regardless of gender.

This saw a seven-fold increase in payments for elite female cricketers, from $7.5 million over the previous five-year period to $55 million over the term of the current collective bargaining agreement, which is in place until 2023.

Since the new MoU was negotiated, all of Cricket Australia’s domestic competitions give equal prize money where both men and women participate.

Acknowledging that while the growth in the women’s tournament prize money is significant, work still needs to be done to ensure parity in all sport, Roberts added “I commend the ICC’s commitment and while there is no doubt we are starting to see financial progress for our talented cricketers, we still have a way to go and Cricket Australia will continue to play a role in driving equality for our athletes.”