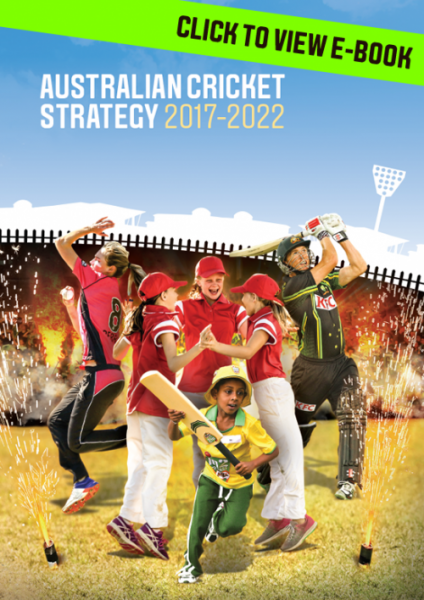 Further expansion of the KFC Big Bash League in regional centres and the potential positioning of the women's game as a gateway to the international summer are the key points of Cricket Australia’s new five-year strategy unveiled by Cricket Australia.

Released in Melbourne yesterday (Thursday 7th September), the strategy encompasses the period (2017-2022) covered by the recently signed agreement between Cricket Australia and the nation's best players.

With a vision is to be Australia’s favourite sport, the strategy identifies the T20 format and women's cricket as well as an increased commitment to grassroots programs and infrastructure as central pillars.

Developed through more than 12 months’ collaboration with all parts of cricket, from volunteers, coaches and club members through to players and administrators, it applies to Cricket Australia and all eight state and territory cricket associations.

Currently, the Rebel Women's BBL runs largely in parallel with the men's competition through December and January, but CA is looking at potentially shifting the WBBL to an October-November window to maximise its exposure and autonomous identity.

Cricket Australia Chief Executive James Sutherland believes such a move would enable the WBBL to establish a standalone presence in the prime time evening broadcast market and also provide cricket with a valuable bridge product spanning the period between the cessation of Australia's football codes and the beginning of the international summer.

Sutherland claims the newly signed MOU that delivers significant pay increases for women's players offers greater scheduling flexibility for the women's game, stating "the whole environment changes a little bit as our women become more professional as we have traditionally tried to schedule matches over the weekend to allow our women to keep doing the other things that they do with their lives.

"But as we get more professional we'll have more flexibility in terms of programming.

"We feel that the exposure that Women's Big Bash League is a little underdone compared to what it deserves, and that's partly because it's played in the shadow of not only the men's BBL but men's international cricket - all these things going on at the same time.”

The coming summer also heralds the first major expansion of the men's BBL competition since its inaugural season in 2011, with 2017/18 to host 43 matches - an addition of eight games - and stretch from December through to early February. 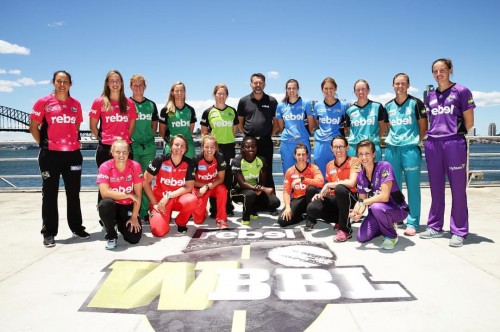 Sutherland confirmed that the next projected expansion of the BBL is to encompass a full home and away season for the eight franchises - a total of 59 matches including three finals -which he acknowledges will likely require an even longer season, possibly finishing even later in February.

He said that Cricket Australia currently sees no need to expand the BBL beyond eight teams, but noted that there was a strong commitment to take the game into regional centres in conjunction with state associations and the competitions key partners, including broadcasters.

While the new strategy includes major events such as the coming summer's Ashes campaign and the landmark ICC World T20 tournament in 2020 - the first time the men's and women's events have been staged separately - the focus was strongly upon cricket's health and wellbeing at domestic level.

Sutherland added "in particular, we will be placing the emphasis on making cricket the leading sport for women and girls, and delivering the best participation experiences to grow junior cricket.

"Our recent facilities audit - the first complete survey by any sport of all its facilities around the country - found that just 20% have changing rooms that are suitable for women and girls.

"It also told us that too many cricket clubs do not have enough practice facilities, and that many new communities in our major cities have no sporting facilities at all.

"It is hard for any sport to look for growth if the basics aren't right, and this strategy shows that cricket is determined to act as one in meeting that challenge.

"We don't do this for our own sake - all of us believe that the Australia will be healthier and stronger if sport, and particularly a wonderful team game like cricket, is at the heart of its communities." Sutherland will next week take part in cricket activities - including the new format introduced for junior players as well as with young All Abilities and Indigenous players - in every Australian state and territory to help spread awareness and appreciation of National Play Cricket Week.

Sutherland's Play Cricket Week national tour will take him to:

For more information go to www.cricketaustralia.com.au/about/our-strategy