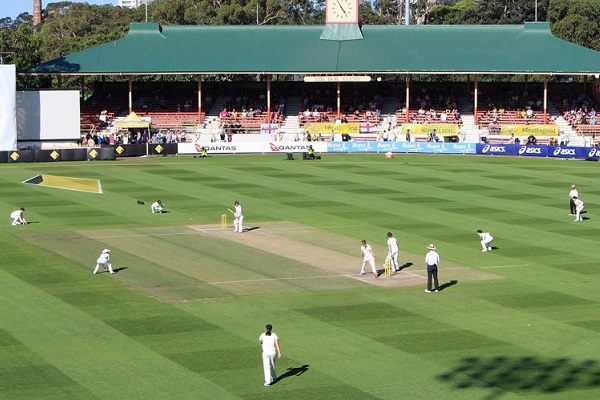 The historic North Sydney Oval is set to remain as the home of women’s cricket in Sydney after the agreement of a deal between Cricket Australia, Cricket NSW, the Sydney Sixers and North Sydney Council.

The party’s recommitment to the venue will see elite women’s cricket played their for at least the next four years.

Cricket has been a long-term summer tenant at the venue, largely through the Australian Women’s Cricket Team and Sydney Sixers Rebel Women’s Big Bash League side, but also through first-class NSW cricket, including hosting the Blues and Breakers.

As part of the deal, Cricket Australia has guaranteed there will be at least one women’s international match featuring the Australian Women’s Team as well as four Rebel Women’s Big Bash League matches played at North Sydney Oval every season for at least the next four years with the option to be extended to another four years.

Cricket Australia’s Executive General Manager of Fan Engagement, Anthony Everard explained “we’re very pleased to be announcing that North Sydney will continue to be the home of women’s cricket for the next four years, with the option to extend four years beyond that.

“We are committed to elevating elite women’s cricket, and ensuring we play at first-class venues where female players and fans are put first is integral.”

“Fans have already shown us that they love coming to North Sydney Oval to watch international cricket, and the Council’s commitment to the venue will make it a first-class experience,” he said.

North Sydney Mayor Jilly Gibson, welcomed the deal, advising “North Sydney Council is delighted that our historic Oval will be the home ground of the WBBL Sydney Sixers and the Sydney home for women’s cricket at the State and International level for the next eight years.

“Our Council has invested approximately $5 million in upgrading the facilities at North Sydney Oval to ensure it can host first-class sport (and) more improvements are planned over the next two years,” she said.

Cricket NSW has utilised the ground over many summers, with it being the home of Premier Cricket team, North Sydney, as well as a go-to ground for the Blues and Breakers.

Cricket NSW Chief Operating Officer, Michael Dalton added “North Sydney Oval is one of the great cricket grounds in Sydney and has played host to many first-class and elite-level matches over the years.

“This agreement between Cricket NSW, Cricket Australia and North Sydney Council cements its place as the home of women’s cricket in Sydney for the Australian Women’s Cricket Team and the Sydney Sixers WBBL team, but also ensure elite cricket continues to be played at the venue.”

The WBBL is scheduled to start at the venue on Friday 18th October with the Sydney Sixers taking on the Sydney Thunder.