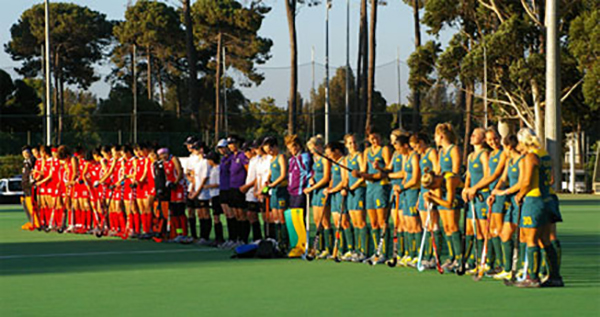 The Western Australian Government's female sporting facilities fund has been successful in its first year having allocated 11 times its planned budget to deliver $3 million in support of grassroots women's sport.

Nine projects which provide unisex or dedicated women's facilities are set for Western Australian Government support, demonstrating the popularity of the initiative among WA sporting clubs.

The $250,000 initiative was introduced in August 2018, with the goal of retrofitting unisex and female-appropriate change rooms to support increases in women's participation.

However, demand has been so great that more than one-third of the latest round of the Community Sporting and Recreation Facilities Fund will be spent on change room projects which support women's sport.

"For too long, women and girls were turned off sport by having to use men's change rooms, and in some cases not having access to any change rooms at all.

"The level of interest in the program from clubs around the State says it all, and we are committed to continuing to level the playing field for women and girls who want to pull the boots on."

Melville City Hockey Club is one association set to benefit, with its ageing clubrooms to be upgraded as part of the initiative, giving the club's female hockey and cricket players appropriate change room facilities for the first time.

Its existing clubrooms will be redeveloped into four unisex change rooms, as part of a project carried out in conjunction with the City of Melville and the hockey club.

The existing clubrooms do not cater for women, forcing female players to use temporary demountable change rooms, with a recent survey identifying concerns about there being no shower screens and only one toilet for up to 16 women's players.

Melville City Hockey Club President Gary Bowater stated "this grant means so much to us as we will now be able to change teams over between events. The new change rooms will allow us to host male and female matches at the same time without delays.

"The new facilities, which will also benefit our male players, will allow us to have local and international events with modern facilities to cater for our numbers and the comfort of members and visitors alike."

The Melville City Hockey Club is one of WA's biggest hockey clubs and shares its grounds with the local KLCC cricket club, with a combined membership of 1,300.

Western Australian Women's Interests Minister Simone McGurk added "women are flocking to sport in incredible numbers and we need our facilities to stack up.

"For too long women have encountered barriers to their participation in sport, including through inadequate, inappropriate or non-existent facilities like change rooms.

"With just over 60% of women participating in sports or physical activity, I am proud of our commitment to ensure that facilities are appropriate, safe and allow community sporting clubs to accommodate all of their members."