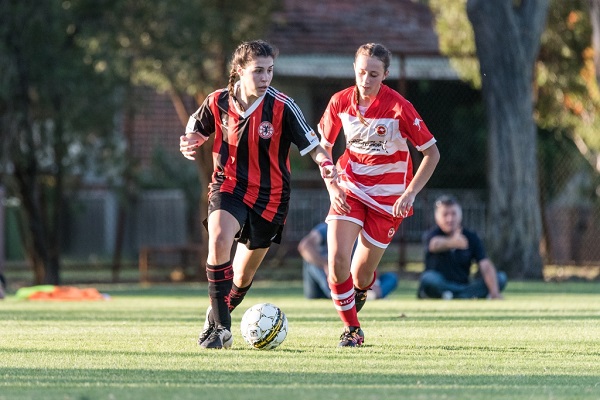 Upgrades at Wanneroo City Soccer Club and Hudson Park in the Perth suburb of Girrawheen will provide female-appropriate change rooms, in line with the Western Australian Government's commitment to build and retrofit community sport facilities to cater for both men and women.

Western Australia, like the rest of the country, struggles with outdated sporting infrastructure which only caters for men's teams. The lack of adequate female facilities regularly forces women to use public toilets, cars, bushes or the sidelines to change clothes in lieu of adequate change rooms.

Western Australian Sport and Recreation Minister Mick Murray stated "in this day and age women should have all the same opportunities as men when it comes to playing social sport, and I'm delighted we've been able to provide funding for these unisex facilities for these local clubs.

Local Wanneroo MLA Sabine Winton added "soccer is gaining more and more popularity with women and as a local mother of three daughters, I know how important it is to have female-appropriate change rooms.

"Wanneroo City Soccer Club is going from strength to strength with 12 senior teams and 19 junior teams, and this upgrade will allow them to attract even more members.”

Hainsworth Park and Koondoola Park will receive about $73,000 each to assist with the installation of floodlighting. Both parks are used by local soccer teams and the wider community.

Minister Murray concluded "I am delighted to deliver these important upgrades to Wanneroo, Girrawheen and surrounding areas. Grassroots sport is vital in fostering healthy, active communities and these upgrades will provide a much better experience for all local sportspeople."

All of these projects are led by the City of Wanneroo, with support from the Western Australian Government.