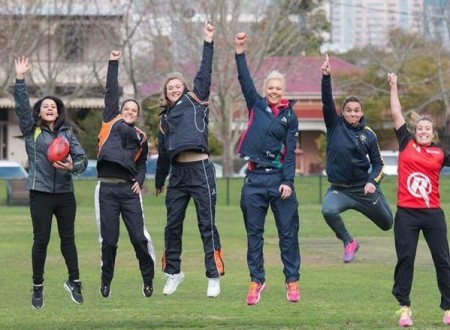 Applications for the Victorian Government’s Female Friendly Facilities grants have opened - marking the biggest ever investment in women’s participation in sport by an Australian State Government.

Even though women are joining community sports clubs in record numbers, women’s change rooms are too often rundown or non-existent.

Sports traditionally played by men are more popular than ever – AFL Victoria welcomed 63 women’s teams in 2015 – but they don’t enjoy the same facilities as their male counterparts. It’s antiquated and it’s unfair.

The Victorian Government’s $10 million Female Friendly Facilities fund allows clubs to apply for up to $100,000 to build or upgrade change rooms, so players don’t have to change in their cars, in canteens or temporary storage sheds.

The ­Female Friendly Facilities Fund is part of the Victorian Government’s $100 million Community Sports Infrastructure Fund which is backing the upgrading of sport and recreation facilities.

The Victorian Government is also rolling out 1,000 life-saving defibrillators to local sports clubs across the State.