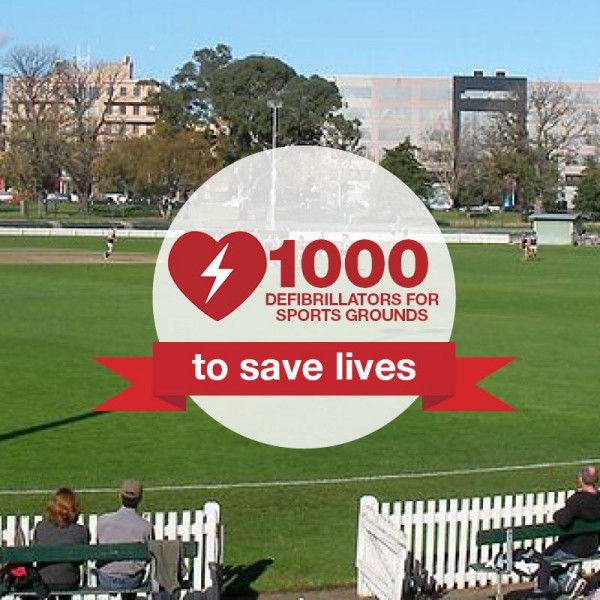 The Victorian Government is to introduce 1,000 life-saving defibrillators to local sports clubs having allocated $2.7 million to deliver the life-saving devices in the 2015/16 State budget.

Meeting an election commitment made by the Labor Party when in opposition, a grants program encouraging clubs to apply will open in the new financial year.

Introducing the program, Victorian Minister for Sport John Eren stated “a player down on the ... field is every parent’s worst nightmare, and when cardiac arrest strikes, each second counts.

“Research shows early intervention increases the likelihood of survival in an emergency, (so this initiative will) ensure players and spectators can step in and help until paramedics arrive.”

Some 30,000 Australians suffer cardiac arrest each year and fewer that 5% per cent survive, often because help doesn’t reach them in time.

Minister Eren added “when cardiac arrest strikes, there isn’t a second to waste.

“A person’s chance of survival decreases 10% every minute that passes without defibrillation.”

“Immediate CPR, easy access to equipment and a clear emergency plan is the key to making sure an emergency on the field doesn’t become a tragedy.”

The initiative will also see sporting clubs who already have defibrillators encouraged to register with Ambulance Victoria, giving their local community an up-to-guide of where to find defibrillators.