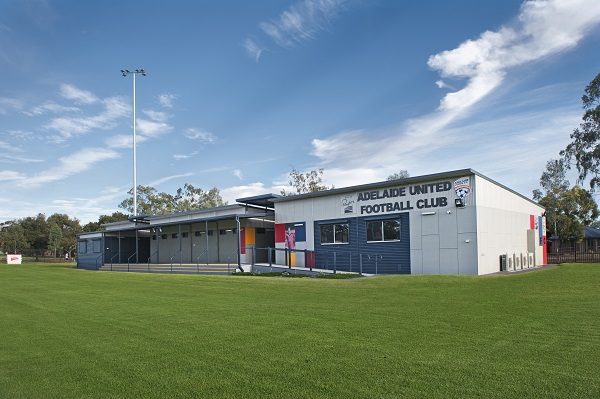 With rising levels of sport participation across Australia, especially among rapidly growing female leagues, the need for new and upgraded facilities at sporting grounds around the country has been driven by demand and, in many locations, has been backed by state government funding.

To support this growth, leading transportable hire and modular construction company, Ausco Modular, has collaborated with major sporting codes such as the AFL and their state leagues, Queensland Rugby League and Football Queensland, to produce a range of modular club facilities that meet the needs of the community, players and match officials from a design, quality, cost and project delivery perspective.

A modular building is built in a controlled factory environment and delivered to site by truck. Using this innovative construction methodology, the building is 90% complete prior to delivery and installation on site. This greatly reduces disruption at the sports grounds and to the neighbouring community as the site works and installation process take three to five weeks rather than months. Modular buildings are designed and built to the same strict standards as a conventional construction project but have the advantage of being built more quickly and economically.

“The efficiency of the building method is therefore expected to be a game-changer across the industry in providing unisex facilities to service the rapid growth in female football across South Australia.”

Ausco Modular’s in-house design team initially created a range of designs in collaboration with SANFL and the AFL to cater for squads of up to 22 players. The range will also accommodate smaller teams, reconfigurable to squads of 15 for rugby or rugby league, and 11 footballers or cricketers. Likewise, the facilities can cater to teams playing hockey, baseball, softball, netball, basketball team or just about any other sporting code.

The designs adhere to the AFL Preferred Facility Guidelines and meet the recommendations of major sporting codes to ensure they provide the design features players and officials need to get the most out of their training and games.

The South Australian mid-north townships of Blyth-Snowtown were the first region in the country to benefit from a new $620,000 modular sporting facility that Ausco Modular delivered in just 19 weeks from contract signing to handover. 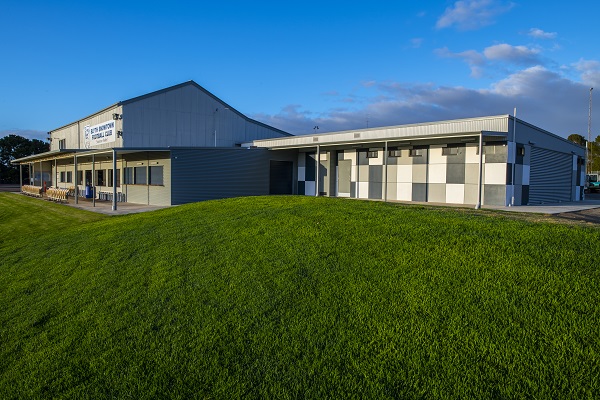 Blyth-Snowtown Football and Netball Club (BSFNC) secured funding from the South Australian Government, Wakefield Regional Council and the AFL and SANFL for the project.

Derryn Stringer, BSFNC committee member said the facility is exactly what was envisioned, and the club is delighted with the quality of the final product.

Stinger advised “I’ve done traditional construction. One thing lets you down and the whole project gets delayed. Machines are booked and daily hires - they all add up. With Ausco, all that’s done for me. They build the modules off-site, bring them up, put them together and all I need is a sparky and a plumber at the end. The process is just ridiculously simple.”

Blyth-Snowtown Football and Netball Club, South Australia
Ausco South Australian Regional Manager, Simon Manser advises “we’ve been innovators in modular construction for many years and it’s been very rewarding to work alongside SANFL and contribute to the growth in grassroots sport.”

Ausco already has a presence in other sporting codes such as soccer, previously working with A-League team Adelaide United to deliver a new training facility at their Elizabeth base in 2015.

The City of Playford, who provide Adelaide United’s training facilities, initially planned to build temporary facilities for Adelaide United to commence preseason training as a stop gap solution, until they could design and commission a suitable, long-term facility. Ausco Modular saw an opportunity to work with all parties to build a long-term solution that represented a purpose-built, innovative, functional and state of the art training complex.

The project was completed in just 19 weeks and was awarded the 2016 South Australia Master Builders Building Excellence Award for the best commercial/industrial building under $1 million. The facility is a testament to the collaborative efforts of all parties involved.