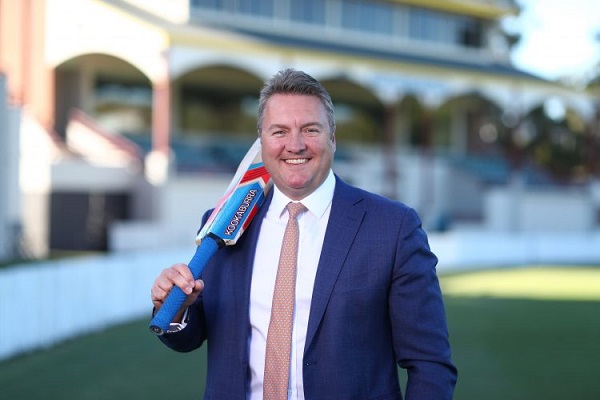 After filling in as acting Chief Executive of Queensland Cricket since June this year, Terry Svenson has this week been formally appointed to the executive position by the board.

In making the appointment, Queensland Cricket undertook an extensive recruitment process, before deciding that Svenson’s substantial business, leadership and strategy experience made him the ideal candidate for the permanent role.

Currently, a Non-Executive Director of the Brisbane Racing Club, Svenson has previously served on the Brisbane Heat Committee and Queensland Cricket Board, is a former President of Toombul Junior Cricket Club, and most recently held the position of CEO for a multi-national food and beverage company.

“He has shown his passion for cricket at all levels and skills as a leader over the last few months and we believe he is the right person to continue securing our game’s future.

“The recruitment process allowed us to explore several well-suited candidates for the CEO position, so it speaks volumes of Terry’s strategy and business acumen that he has been appointed.

“We congratulate Terry and look forward to seeing him make a positive contribution to cricket in Queensland.”

Looking forward to his new permanent role, Svenson (pictured) commented “the last two months working at QC have been extremely rewarding and I am looking forward to the challenge of ensuring cricket’s growth.

“I have been fortunate to meet many wonderful people involved in our game during my short time here.

“From our volunteers keeping the game moving, through to our players and staff spread across the state, there are a lot of people doing great things for cricket.

“Now is the time for us to continue working together to ensure cricket is a sport that can be played, watched and enjoyed by all Queenslanders.”

11th May 2017 - Refurbished Queensland Cricketers Club reopened at The Gabba