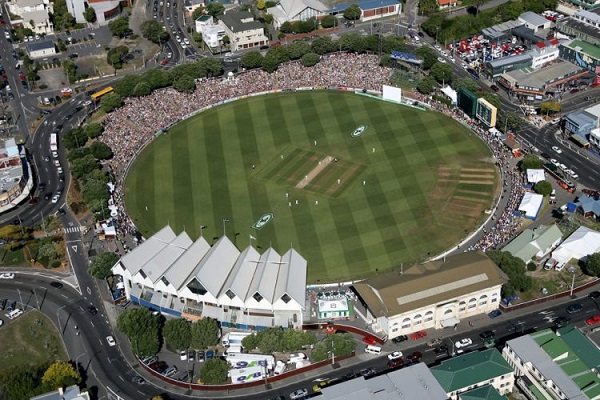 A crowdfunding campaign is being launched to rename Wellington's Basin Reserve cricket ground as the Support Women's Sport Basin Reserve.

The move comes from a group of Olympic female athletes including, Sarah Cowley, Megan Compain and Chantal Brunner, who have teamed up with creative agency EightyOne.

The group want to raise $100,000 for two years of naming rights of the Basin Reserve in order to promote women's sport.

Jason Wells, who's worked on the campaign, said securing the naming rights would be an opportunity to keep the issue of women's sport coverage to the fore.

Wells advised "it's fantastic that we're starting to recognise women's sport a little bit more but we've still got a long way to go ... I want my daughter to have role models that she can see on TV and covered just the same as what my sons do. At the moment it's not equitable."

Fitzsimmons "we will be sending an important message to girls and women across the world that in Wellington we value the role of women in sport.

"I want all girls to feel valued when playing sport at whatever level. We have more work to do to ensure equal pay for women and men in sport and much more to do around promotion of women athletes and women's sport, but renaming our premier test cricket ground to support women's sport is an important symbol."

Wellington Mayor Justin Lester said the initiative was one everyone should support, advising "I look forward to the day when our daughters can achieve the same level of personal and financial success in their chosen sport as our sons.

"I look forward to them achieving equal pay and recognition, and the support they deserve."

New Zealand Sports Minister Grant Robertson added "visibility is one of the three themes of our Women and Girls in Sport Strategy, and there is not many places more visible than the Basin Reserve.

"More opportunities for women and girls to participate, compete and suceed in sport is good for our future as a fair and healthy country."

If more than $100,000 is raised in the campaign, Support Women's Sport would look to extend the time period of any naming rights it secured.