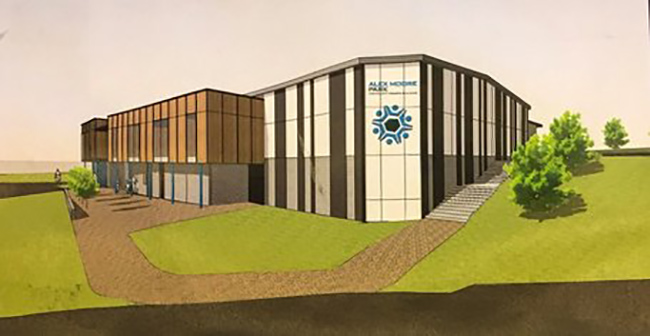 A sports and community hub for Johnsonville’s Alex Moore Park is one step closer following Wellington City Councillors having approved $2.2 million in funding for the project.

The funding was recently approved unanimously by the City Strategy Committee.

Commenting on the project, Wellington Mayor Justin Lester stated "this has been 11 years in the genesis and the closest we have been to doing it.

“This will be a massive improvement for the six clubs involved and it is wonderful to see them come together with a common purpose.

“We have a ‘sportsville’ model. We want to see a consolidation of buildings, not an ad hoc approach and this is a great example of how it should be done.

“I look forward to making progress on the whole project.”

Councillors paid tribute to the Alex Moore Park Sport and Community Incorporated Board members, Council staff and facilitator Karen Wallace for their work in getting the six clubs on board.

Construction is expected to start in 2020/21 and take six to nine months.

Councillor Fleur Fitzsimons, who holds the Council's community facilities and recreation portfolio added "there is a national trend towards shared facilities for sport and recreation clubs, known as ‘sportsville’ or sporting hubs.

“This is mainly due to the value clubs see in working together.

“Well done to the sports clubs and the Wellington Deaf Society for seeing the value of being involved in this. This is the sort of project where the Council can help and assist more people in the community to play sport and look after their members.”

Image shows an artist's impression of the sports and community hub at Johnsonville’s Alex Moore Park.