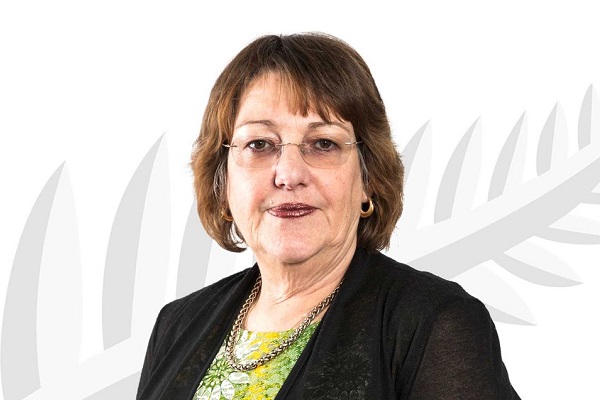 With the FIFA Women’s World Cup approaching and world football governing body FIFA anticipating an audience of one billion, Johanna Wood, the recently-elected first woman President of New Zealand Football, feels that “this is the right time for women” in sport.

Elected as its first female President at the beginning of this month, Wood’s appointment is forming part the Football NZ’s continuing overhauling its governance after a tumultuous 2018.

Barry himself replaced Deryck Shaw, who resigned in October after an independent review found the executive committee had adopted a "hands off approach" to governance following complaints by the women's national team about their coach.

Immediately after her appointment, Woods advised “we have gone through and are continuing to go through a period of transition," .

"Both ExCo and the senior management team ... are committed to delivering on the recommendations of the independent review."

NZF was engulfed in controversy last year with the Football Ferns' women's team complaining about the environment created by coach Andreas Heraf, who eventually resigned.

Chief Executive Andy Martin also left the organisation and has yet to be replaced.

With the New Zealand Government and Sport NZ committed to increase the presence of women in sports governance, presently, the only other governing body of a major sport in New Zealand led by a woman is New Zealand Cricket.

While acknowledging there is still some way to go before these targets are met by NZF, Wood says that “to have someone who is female and in the role of president says that we’re actually taking these quite seriously”, commenting “as you have a rotating executive, with people coming on and coming off, you have to look at the skillsets, but also the diversity in gender, as well as other diversities.”

While the recommendations an extensive review have been swiftly addressed by NZF in the months since its delivery, Wood emphasises that change is ongoing and not simply a ‘tick box’ exercise.

She advises “one of the things that I’ve been quite vocal about around the table is that, because a number of those recommendations relate to culture, you cannot say ‘I’ve ticked the box it’s all done’.

“We need to continually ‘sense test’. Are we still doing what we said we were doing as a result of the Muir Report? So we have to have processes in place to review that we are, and I’m using an education term here, ‘continually improving’.”

Looking forward to the FIFA Women’s World Cup, she explains “it just feels that this is the right time for women.”

Recent months have seen the profile and popularity of the women’s game grow rapidly in New Zealand. The country was gripped by the exploits of the Under-17 team at the end of last year, when they won World Cup bronze in Uruguay to make them the country’s most successful football team of any age group or gender.

The winning penalty in their quarter final shootout win was publicly voted as the country’s favourite sporting moment of 2018.