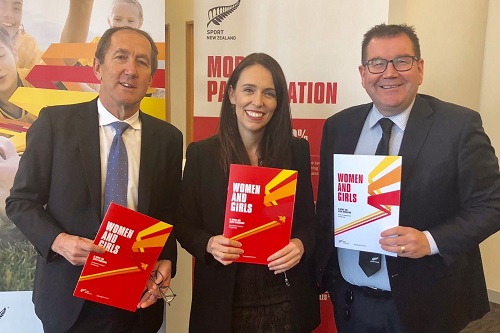 New Zealand Prime Minister Jacinda Ardern has launched a new strategy to encourage women and girls to get involved with sport at all levels.

Through Sport NZ, the New Zealand Government will invest at least $10 million over the next three years on the strategy. It will go towards a number of initiatives, including a marketing campaign to increase participation, visibility and value of women and girls in sport.

This will include a contestable fund for those with ideas on how to get more women and girls physically active.

At the strategy's launch at Eden Park yesterday, Prime Minister Ardern highlighted that girls are interested in playing sport when they're young and enjoy participating with their friends, but then drop out.

She stated “as they get older, there are issues around wanting to engage for health reasons and being active, but (are) often being self conscious and worried about whether or not they've got the skills required and body image issues.

"These are things we should be looking at from a mental health perspective, as well as a sport and recreation perspective."

Through the strategy, the Government wants to increase the involvement of women in sport at grass roots and elite levels, and also encourage women to have a bigger influence in coaching and administration.

The Strategy acknowledges that progress has been made at higher levels of sport in parity between men and women and in increased media coverage of women's sport.

Minister Robertson advised “but when we look at the Football Ferns and New Zealand Football's role in making sure there is pay equity there, that was great progress.

"In rugby sevens, we already have that, for the 15s, yes we've finally got professional contracts.

"We need to keep pushing and cajoling, but quite clearly the Government doesn't run those individual sporting organisations.

"What's in the strategy today, is the fact that when we are coming to do our funding agreements for 2020, we will be looking at this strategy and we will be talking to national sporting organisations about how they're going in implementing this strategy as part of that funding discussion."

Prime Minister Ardern herself admitted she struggled to stick to one sport when younger and dabbled in badminton, hockey, basketball, netball and touch rugby. 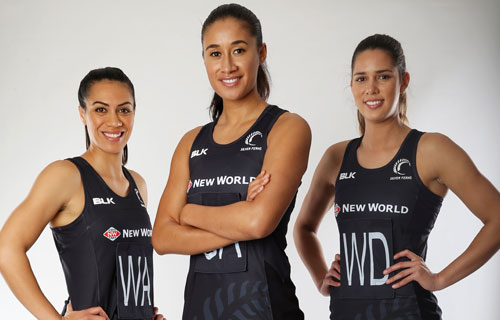 Advising that the Government hopes that this strategy will lead to women and girls sticking with sport longer, Prime Minister Ardern added “there will be a group of girls out there listening to what we're talking about today and probably almost all of them would have had some experience at some point that's put them off participating in sport and recreation.

"So that tells me that we do need to worry about it down to a school level, so I hope that we have full buy-in at every single level, because it's often at school that participation starts or stops and determines whether it carries on later in life."

Prime Minister Ardern stated that a way to advance women's sport in New Zealand is to have role models, people like Dame Valerie Adams and Lisa Carrington, inspire youngsters to take up sport.

Commenting that Black Ferns jerseys were nowhere near as readily available to buy as All Blacks jerseys, Prime Minister Ardern added “we should be able to have the most basic things like merchandise for our sports teams that are both female and male, equally available.

"People would be surprised that this wouldn't be the case, particularly given we're talking about a world champion team and one which have a huge following.

"I want to make sure that at every level, when it comes to the number of people who turn out at a stadium to watch a game, they're not a curtain raiser, but because they are equally playing an international match worthy of watching."