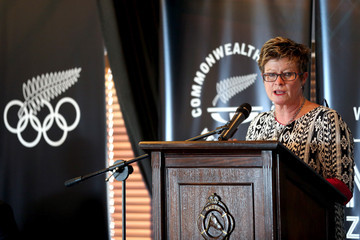 Sport New Zealand (Sport NZ) and the New Zealand Olympic Committee (NZOC) have announced the creation of Development Scholarships to help get more women on to the boards of sport organisations.

The joint initiative between the two organisations is the first in a programme of work to encourage suitably qualified women to put themselves forward for sports governance roles.

Sport NZ Chief Executive Peter Miskimmin explains "improving the governance of sports organisations has been a focus for Sport NZ in recent years with progress being made in many areas, so the time is right to tackle gender balance on sports boards because it will further improve governance capability.

"A growing body of international research is also highlighting the value of increased gender balance in governance and leadership positions.

"Better decision-making and ultimately better bottom-line performances are quantifiable outcomes from the broader perspectives gained with a diverse board."

NZOC Secretary General, Kereyn Smith (pictured) said that while real progress is being seen on the field of play in terms of participation and achievement by women, this is not the case off the field.

Smith added "the London 2012 Olympic Games provided another example of women achieving at the highest level in the sporting arena, but the representation and value of women is less evident in sports board rooms."

At present women comprise around 27% of sports Board membership (being 142 women out of 521 positions among 71 targeted organisations). Targets have been set for women to comprise 33% of sports board membership by 2015 and 40% by 2020. The ultimate target is for 50% representation.

More information about these opportunities is available at www.sportnz.org.nz/governance