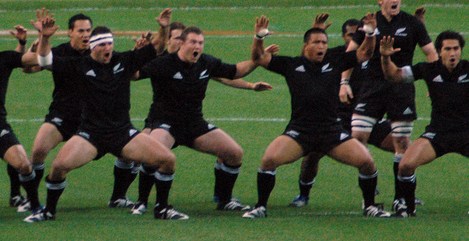 New Zealand sport is “some way from effectively engaging with entrenched but disavowed racist attitudes” according to researchers at the University of Waikato.

In a paper, ‘Speaking the Unspoken: Racism, Sport and Maori’, published in the Cosmopolitan Civil Societies Journal, the University of Waikato’s Dr Toni Bruce and graduate student H. Raima Hippolite suggest that New Zealand sport is in “cultural denial” over racism and that there is a “culture of silence in which it is difficult to talk about, let alone discuss constructively, Maori experiences of racism.”

In the paper, the authors consider “the silence that surrounds issues of racism in New Zealand sport.” Their aim is to put the issue on the agenda, having followed a kaupapa Maori research approach which brings to light the voices, frustrations and concerns of Maori sportspeople.

The authors, from the University’s Department: Sport and Leisure Studies, “consider the silence that surrounds issues of racism in New Zealand sport.

“(They) argue that the intersection of two key ideologies – New Zealand’s purported history of good race relations, and the positive contribution that sport is believed to make to racial equality – contribute to a culture of silence in which it is difficult to talk about, let alone discuss constructively, Maori experiences of racism.”

The authors “aim is to put the issue on the agenda through engagement with ten experienced Maori sport participants, coaches and administrators whose experiences demonstrate the existence of, and pain caused by, cultural and institutional racism in New Zealand sport. In this aim, we do not seek to hide behind a veil of neutrality or objectivity. Rather, following a kaupapa Maori research approach, our interest is in bringing to light the voices, frustrations and concerns of Maori sportspeople in order to contribute to a much-needed conversation.”

The authors conclude that “in New Zealand we are some way from effectively engaging with entrenched but disavowed racist attitudes (and that) the denial of racism in sport justifies resistance to discussing the entrenched advantages that Pakeha have and continue to gain at the expense of Maori.”

While highlighting “the high visibility of Maori athletes in national teams, especially in high profile sports such as rugby union, rugby league, netball and basketball” the authors explain that “Maori know racialised thinking is present in sport and many want it out in the open rather than whispered or obscured.

“However, their desires are undercut by the strength of the belief in sport as a place of equal opportunity, along with the broader mythology that New Zealand has the best race relations in the world, which appear to coalesce in a way that makes talking about racism particularly difficult.”

They also state that “those in power have not demonstrated any interest in confronting or challenging racial issues in sport, especially at the cultural and institutional levels. Indeed, from the participants’ perspectives, those in power seem unwilling to even acknowledge that problems exist.”

CCS Journal is published under the auspices of UTSePress, Sydney, Australia.

For more information go to http://utsescholarship.lib.uts.edu.au/epress/journals/index.php/mcs/article/view/1524/1790