MCG set to continue hosting of the Boxing Day Test 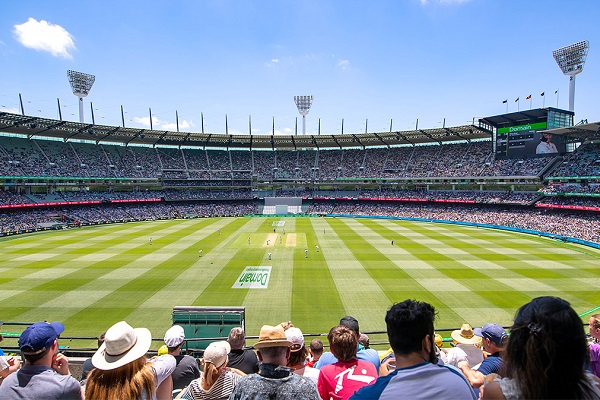 The Victorian Government and Cricket Australia are close to a new deal to keep the Boxing Day Test at the MCG into the future.

This week has seen huge crowds again attend the marquee Test match of the Australian summer. 80,473 fans packed the MCG for day 1 of Australia v New Zealand – the second-largest non-Ashes crowd, and 59,676 fans rolled up for day 2 – the largest day 2 non-Ashes crowd.

The day 3 attendance ended up at 43,603, meaning over 183,000 fans have turned out for the first three days. The crowds have been bolstered by around 15,000 New Zealand supporters, with their team playing on Boxing Day at the famous ground for the first time in 32 years.

The big crowds have seen calls for a long-term deal to be secured to keep the match in Melbourne, with the current deal due to expire at the end of this summer. The MCG has hosted the match every year since 1980.

The MCG pitch has been criticised in recent years for producing boring matches, while a recent Sheffield Shield match was abandoned due to a dangerous wicket, sparking calls for the Boxing Day Test to be moved elsewhere.

Reports suggested that Perth's Optus Stadium was looking to attract the Boxing Day Test to Western Australia. However, with just 65,540 fans attending the recent 1st Test against New Zealand at the 60,000-capacity venue over four days, that plan looks to have faltered.

For this week's Test, the MCG wicket has been a good one in the first three days, as Australia has taken control of the contest. Veteran cricket curator Les Burdett has overseen the wicket, which had the concrete slab underneath it removed prior to this summer.

Victorian Sports Minister Martin Pakula said talks between Cricket Australia, the Melbourne Cricket Club and the Victorian Government were “progressing well” with “no reason for concerns about the future of the Boxing Day Test at the MCG.”

He added "traditions matter and Boxing Day at the G is a tradition which now stretches over 40 years.

“But beyond that Victorians turn up to Test cricket in a way not replicated anywhere else in the country and the crowds at Boxing Day are vital to the health of cricket in this country.”

Noting that the MCG Test sat alongside Lord’s as the most iconic in the sport, Cricket Australia Chief Executive Kevin Roberts commented "given the importance of the MCG Test to world cricket, I would like to think it will remain here in perpetuity."

He said a major part of any new Melbourne contract must include fan friendly activations in Yarra Park outside the MCG.

While Tests in Brisbane, Adelaide and Perth have been played as day/night matches, tradition has remained in Melbourne as a day-time match.

India will tour Australia next summer, with the Ashes against England in the summer of 2022/23.