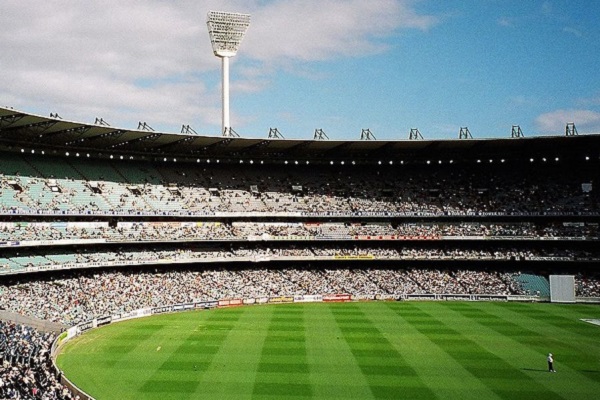 Veteran cricket curator Les Burdett has insisted that the removal of a concrete slab under the MCG wicket will ensure this year's Boxing Day Test will not be another boring spectacle, saying he is "99.99% sure" the match would be worth watching.

With the MCG having sometimes struggled with the quality of its wickets in recent years, its curators had been widely criticised for providing lifeless drop-in pitches, and then for going too far the other way in this month's game between Victoria and Western Australia, which was called off due to a dangerous wicket.

Burdett, who was a curator at the Adelaide Oval for more than 40 years, has been brought in by Cricket Australia to help oversee the preparation of the Boxing Day Test wicket.

He said the Melbourne Cricket Club's move in October to place the MCG drop-in pitches on a sand base, removing the previous concrete base, would help create a more even contest between bat and ball.

Burdett told the ABC “the roots of any cricket pitch are the drying mechanism for the plant and soil, whilst the plant is living and breathing it is sucking the moisture out.

"Before, (the roots) were sitting on the concrete slab and basically the plant was dehydrating.”

Burdett said the pitch was now sitting on sand, which would keep the plants alive during the test match and allow the ball to bounce and carry during the match.

He added "I'm 99.99% sure that this is going to be a test match worth watching at Boxing Day this year because the situation has changed.”

Cricket Australia and Boxing Day Test crowds will hope to avoid a reoccurrence of the 2017 Ashes Test that saw 1081 runs and just 24 wickets fall a pitch that the International Cricket Council officially classified as "poor".

Burdett also guaranteed Boxing Day would not see a repeat of the pitch which led to the Victoria and Western Australia match being abandoned.

He advised “sadly it was just a bit damp on the morning of day one and when they played it it did divot and then when it dried out those little craters dried and the ball was hitting them and taking off.

"When the weather turns on you when you're trying to dry out a piece of clay it's not that easy, it's all timing and it's a fine line between result and disaster.

"It was only a fine line, another hour and the pitch wouldn't have been damaged. There's been games called off when they haven't played the first session because the pitches have been damp, but by giving that extra two-and-half-hours to dry out and have some more rolling you've been able to play the rest of the game.

"In reality, if they had of delayed the start of that last game they would have played the game out."