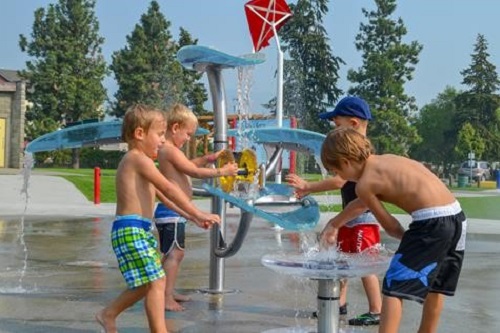 The water industry has called for a revised National Water Initiative which focuses on urban water and recognises the challenges of climate change, the ongoing drought, and meeting the water security needs of Australia’s growing population.

The Urban Water Update 2019: Drought, Growth and Liveability report from the Water Services Association of Australia (WSAA) advises that the constraints are the same across the country and that joint national action will be more effective than ad hoc approaches.

WSAA’s members include more than 20 local councils, which along with water utilities and engineering firms provide water and sewage services to more than 20 million people in Australia and New Zealand.

The update states "a new National Water Initiative should recognise the future challenges of climate change and extreme events, urban growth (including population growth) and liveability of our cities and regions across the urban water cycle.

“City Deals have provided cut through to secure the future prosperity and liveability of our cities. Seven deals have been agreed to date. An updated National Water Initiative would provide the template to incorporate urban water outcomes in future deals.”

The Association’s revised water initiative contains six components including national leadership, stormwater and drainage, collaboration, and improved data and transparency, with the update advising "the National Water Initiative should also be updated to reflect the role stormwater management can play in the overall urban water cycle and in creating and maintaining liveable cities and communities.

“This can be through harvesting, reuse or use in creating green spaces in Australian cities.”

Collaboration can be improved between Federal, state and local government agencies, water utilities and other parties for long-term security planning that includes the latest science for climate change.

The industry’s update complements Infrastructure Australia’s Audit 2019 which was released in August and warned that water infrastructure faced the greatest potential risks and costs from climate change.

The Audit explained "the water sector relies heavily on rainfall to replenish storages, streams and groundwater, and on vibrant ecosystems to support a reliable water cycle.

“Higher temperatures can also increase the volume of water in storage lost through evapotranspiration.

“These bring heightened risks for the health of our waterways, management of wet weather flows and contaminants in residential areas.”

Meeting growing demand for water was a major challenge for reasons including the cost of augmenting water supply near major cities and the condition of many water, storm water and wastewater assets, Infrastructure Australia added.

The WSAA, meanwhile, said all supply options including desalination, dams and purified recycled water for drinking – used by 35 cities worldwide including Singapore and parts of Europe – need to be considered to ensure Australia’s water security.

Its update went on to say “with predicted decreases in rainfall and an increasing population, collaboration and integration with other sectors will be important to ensuring our communities remain liveable and our economy remains productive

“Collaboration between all levels of government, potentially coordinated nationally, may be important to ensuring all water supply options are on the table.”