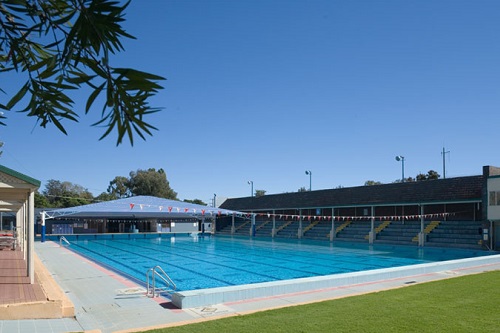 Facing extreme water restrictions, drought affected councils across NSW's central west region are committing to keeping their public swimming pools open, seeing that the amenity, social and wellness values of their facilities as being vital to local residents.

Their actions follow those of Tamworth Regional Council in northern NSW which, earlier this month, voted to open two of its seasonal swimming pools for the coming summer despite the area being impacted by level four water restrictions.

With the drought causing some of the highest temperatures in 120 years and years of below average rainfall putting an increased strain on water storage, local authorities are increasingly restricting water use for domestic pools and favouring keeping public facilities open.

As reported by Nadine Morton in Dubbo's Daily Liberal, a Cabonne Council spokesperson advised of the importance of keeping its public swimming pools open, stating "Council needs to balance the responsible use of water with the fact that these swimming pools are an important part of the social fabric of our towns and villages and a sanctuary for many people feeling the effects of this terrible drought."

Cabonne Council will drain and refill its pools prior to their re-opening later for the summer season, with the drained water to be was used for road building works across the local government area.

In a report examining councils' approaches to water use, the Daily Liberal quoted a Dubbo Regional Council spokesperson as stating that despite the drought there would be no changes or restrictions at any of its three pools, explaining "while a critical role of council is to manage the distribution and use of precious water resources, just as critical is providing an inclusive social environment for residents even in hard times such as a drought."

The spokesperson added that pools were "critical for a community's social, vocational and mental health wellbeing" and it would work to carefully plan and make provisions for the ongoing operations of all Council-owned aquatic centres. 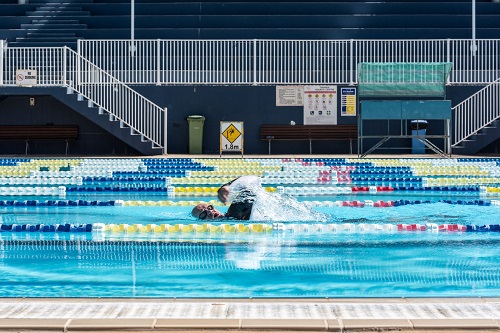 With water restictions in Bathurst currently on 'high' an set to move to 'extreme' as of 14th October, Bathurst Regional Council is currently considering exemptions for the operation of its Manning Aquatic Centre have been considered by Council.

While the Council does not typically empty pools during the winter, it did empty the 50-metre outdoor pool during the off season to allow for maintenance of the tiles.

On its website it also advises "Council will continue to water parks and sportsgrounds using water wise irrigation technology for as long as possible to protect these significant and high value community assets.

"Council has undertaken an audit to prioritise parks and sportsgrounds so that should it need to cease irrigation that the highest value assets may be conserved for as long as practicable."

Indoor and outdoor pools at Orange Aquatic Centre will operate as normal despite the drought.

Explaining this, Orange City Council Manager of Corporate and Community Relations, Nick Redmond told the Daily Liberal "we will be using these pools as normal including re-filling to maintain water quality standards, but we'll continue to monitor their use."

Other measure being undertaken by drought  impacted local governments

Blayney
The Blayney Shire Council pool is currently undergoing refurbishment and will be empty and closed during the upcoming summer period.

Bogan
Bogan Shire Council's one public swimming pool will be re-opening on the October long weekend.

A council spokesperson told the Daily Liberal "Council believes that the pool has a high amenity value for the public as we move into a hot summer and will operate as normal."

Under level three water restrictions new residential swimming pools may only be filled with Council permission.

Cowra
Cowra Council does not empty the Cowra Aquatic Centre pool entirely over the winter months.

A council spokesperson told the Daily Liberal that the pool "only gets half emptied to ensure the tiles at the base of the pool don't crack from the frosts.

"Cowra currently isn't on water restrictions either so residents are able to fill new pools if they wish."

Mid-Western
All three council-owned public pools in the Mid-Western Region will be operational this summer.

Council ceased the practice of emptying its pools over winter some years ago due damage incurred such a cracking of tiles, however, Mudgee Pool underwent maintenance this off-season and was emptied as a result.

Water used at each facility is recycled through a balance tank, and filtered through a treatment process.

Narromine
Council-owned pools in Narromine and Trangie will be filled and ready for swimmers this season.

A Narromine Shire Council spokesperson advised "at this stage there will be no restrictions or changes to council-owned pools."

Oberon
Oberon Mayor Kathy Sajowitz has stated  there will be no changes or restrictions at any council-owned pools in the Oberon local government area due to the drought.

Parkes
All council-owned pools will be full and ready for swimmer this year.

A council spokesperson explained "Council has resolved to provide free entry to the township pools this swim season, as they did for the 2018/19 season, and half price pool entry to the Parkes Aquatic Centre."

Click here to read the full article 'NSW drought: Pools will be open and filled during the drought' in the Daily Liberal.

Images: Dubbo Aquatic and Leisure Centre (below, courtesy of Crystal Pools) and the Orange Aquatic Centre (below).