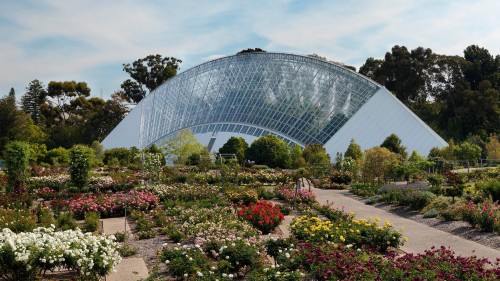 Climate change, saving threatened plant species and keeping gardens relevant in a modern world will be among issues tackled when plant scientists, botanists, administrators and educators from around the world meet in Adelaide next week.

Being held at the National Wine Centre, adjoining the Adelaide Botanic Garden, the Botanic Gardens Australia and New Zealand (BGANZ) Biennial Congress is expected to attract more than 100 delegates from a diverse range of disciplines and from as far afield as Malaysia, Papua New Guinea and the UK.

Sustainable water use and the impact of climate change on botanic gardens are key items on the Congress agenda.

Adelaide Botanic Garden Director Lucy Sutherland said it was the first time the congress had been held in Adelaide and provided an excellent opportunity for South Australia to showcase its gardens.

Sutherland explained “a number of the challenges (that) we face other botanic gardens also face so it is always nice to see what others are doing about it.

“Adelaide, Sydney and Melbourne all have collections that contain a number of European species so as we go to a hotter, drier climate the current collections we have are going to be really challenged.

“Managing water use is a challenge for any botanic garden - our collections are living and all require water so one of the things people will be very interested in is our First Creek Wetland.”

Sandham added “we’re so lucky that botanic gardens representatives and experts in plant science and horticulture from around Australia, New Zealand and the world will come together in Adelaide to share their expertise and lessons learnt.

“As a community we can then develop strategies to adapt and evolve to the environment and society’s ever-changing needs.”

The conference is being held from 22nd to 25th October.