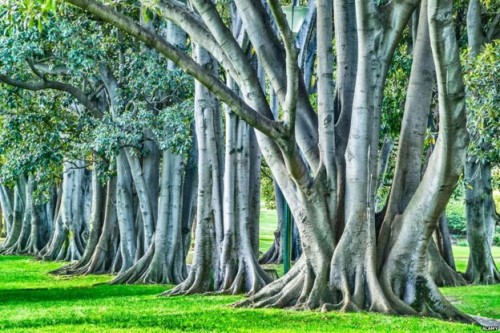 Mindful that many of the city’s established trees are struggling to cope with rising temperatures and drier conditions, Melbourne City Council is gradually switching to species that will cope better with a hotter climate.

While having planted 3,000 new trees each year since 2012, the City has also undertaken a joint study with Melbourne University advising of trees to plant in the future to better prepare for climate change.

Melbourne Lord Mayor Robert Doyle said the Council commissioned the study after a startling discovery was made when scientists studied temperatures across Melbourne's greater metropolitan area.

The Lord Mayor explained that “we found that the centre of the city is 5 degrees Celsius hotter than the outskirts.”

Released this week, the study will help Melbourne's arborists to select the most suitable trees.

Lord Mayor Doyle added “the aim is not just to cool the centre of the city, it is to diversify the urban forest.”

Species like elms or poplars are considered too vulnerable in the face of climate change and they will make way for Australian native species that thrive in sunny, warm climates including hoop pines, Queensland brush boxes, bottlebrushes and Moreton Bay figs.

Plane trees, which feature in many of Melbourne's grand boulevards and are often blamed for triggering hayfever, will not be among the species gradually replaced.

Colonnades of juvenile trees were recently planted in the Fitzroy Gardens and in the Shrine of Remembrance precinct while the next big project is Southbank Boulevard and its roadway.

The city's urban forest strategy costs $1.5 million each year, but Lord Mayor Doyle believes it is a worthwhile investment.

He concludes “we are doing a 100 years policy, our grandchildren and great grandchildren will enjoy the urban forest of Melbourne just like we have.”