Dogs in the Park event features at the Sydney Family Show 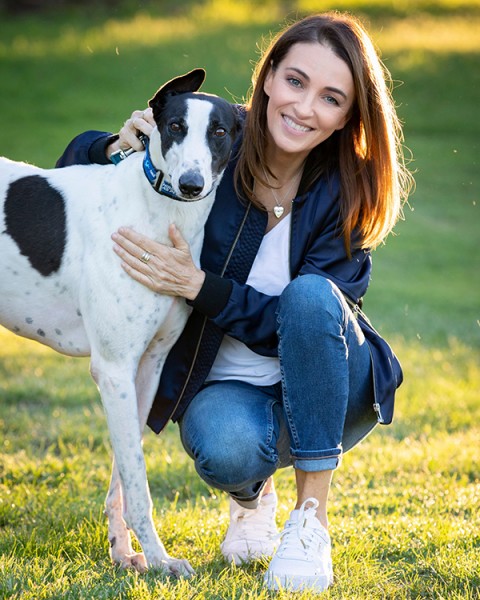 The Dogs in the Park event headlines festivities at The Sydney Family Show on Sunday, 18th April 2021 at the Entertainment Quarter in Moore Park.

From dog competitions, market stalls, demonstrations, breed stalls, and the Agility Arena, also featured on the day will be the Greyhounds as Pets NSW (GAPNSW) National Adoption Day.

From the competition stand point, the best dogs from the entire spectrum of breeds will meet to decide various titles, including the Cutest Puppy and Dog, Fancy Dress, Rescue Dog, Cutest Puppy, Tallest Dog, Smallest Dog, Waggiest Tail, Dog’s Got Talent, the Golden Dog Bone, races, Veterans Aged Over 10, Best in Show, and the ever popular Dog Owner Look Alike.

A wide selection of stands from the canine world will be present on the day, with special treats ranging from tasty snacks and stylish clothing, as well as personalised dog ribbons that are created on the spot.

Doggie Boot Camp demonstrations will be complemented by dog trainer talks, while the action will be turned on in the Dog Agility Arena, featuring jumps, tunnels and hoops.

Local dog breeds will be out in force on the day, with a particular focus being on Greyhounds, with 45 dogs set to be on show for their National Adoption Day, the breed’s biggest gathering since GAPNSW was founded in 2008.

GAPNSW Ambassador and celebrity vet Dr Katrina Warren will make an appearance, with visitors able to adopt a greyhound on the day!

GAPNSW General Manager, Dr Alicia Fuller notes “we are so excited to partner with Dog’s in the Park, and we can’t wait to match our wonderful greyhounds on the day to brand new homes.

“We are hoping National Adoption Day will follow on from the event’s success in 2018, where 212 greyhounds were re-homed across the country, including 42 from GAPNSW.

“It’s our most important day on the calendar, and we can’t wait to see everyone at the Sydney Family Show’s Dog’s in the Park event.”

With COVIDSafe practices in mind, visitors can pre-register before the day or sign in the event via the Service NSW smartphone app, with a limited number of patrons allowed in the different areas on the day.

The Sydney Family Show is on at The Entertainment Quarter in Moore Park from 1st to 18th April  2021.

Entry prices to the Sydney Family Show are $15 for an adult, $7 for a child, and $40 for a family of four, with the pre-booking tickets strongly encouraged.

Rides, show bags and carnival games are at an additional cost. For more information and to purchase tickets online go to www.sydneyfamilyshow.com.au.

For Greyhound adoption it is still advised that people register via the GAPNSW website, www.gapnsw.com.au. It is still possible to adopt on the spot, with matches based on a well-practised process that prioritises the dog’s needs, its personality and the adopter’s lifestyle.