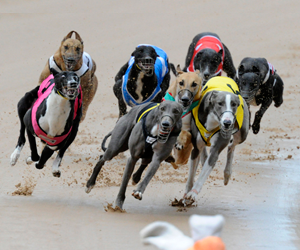 The NSW Government has given in to lobbying and overturned its plans to ban greyhound racing in the State, announcing that the industry will "have one final chance" and that it will be subject to "the strictest regulations that exist anywhere in the country to clamp down on animal cruelty."

In a move that has angered animal rights groups, the ban, which would have seen greyhound racing cease across NSW from 1st July 2017, NSW Premier Mike Baird said the NSW Government had listened to community concerns about the racing ban and the way it was implemented.

Premier Baird and NSW Deputy Premier Troy Grant today announced that former NSW Premier Morris Iemma will chair a Greyhound Industry Reform Panel that will determine the new regime and "ensure NSW Greyhound Racing is the cleanest in the country".

Conditions to be introduced by the Panel include mandatory life bans as well as increased jail terms for live baiting; registering all greyhounds for their entire lives; an independent regulator with strong new powers to ensure transparency and accountability; and substantially increased resources for enforcement and prosecution as well as animal welfare.

Changes will also see fewer races and an end of NSW Government grants for track upgrades with the industry to fund improvements through the sale of some tracks.

In August, Premier Baird said the ban was not about political point-scoring but that he was trying to “do what is right”.

Today he said that the NSW Government had listened to community concerns about the racing ban and the way it was implemented, stating "we firmly believed the government’s decisive response to the animal cruelty outlined in Justice McHugh’s report was the right one - but we misjudged the community’s response to that report.

“It’s clear the community agrees that the cruelty must end, but we underestimated the community’s desire to give the greyhound industry one last chance to reform and conform to the highest standards of animal welfare.

“The industry can’t return to the status quo – the barbaric practices of live baiting, cruel wastage and high rates of injury must end.”

Deputy Premier Grant sadded "regional communities value the greyhound industry and we’ve heard loud and clear that they believe it deserves another chance.”

Subject to the Panel’s recommendations, legislation would be introduced early in 2017 to repeal the ban and deliver the new regime under which racing would operate.

Claire Fryer, a campaign coordinator at People for the Ethical Treatment of Animals that the decision was not just a terrible one for the greyhounds, “but also for democracy”.

Fryer told the Guardian Australia "the (NSW) Government has acted on speculation about their polling numbers and pressure from individuals who gain financially from this abusive industry, and ignored the vast majority of NSW constituents who abhor the inherent brutality of greyhound racing."