The NSW Government’s decision to ban greyhound racing is impacting plans for the development of a new greyhound track in the Brisbane suburb of Logan.

Backed by the previous LNP Queensland Government, the multi-million dollar transformation of Cronulla Park into a new greyhound racing venue has been put on hold by the current Queensland administration.

Now locals, who had opposed the plan, are seeking access to the venue.

The project had been planned to “revitalise the racing industry” but more than 10,000 concerned Logan residents have signed petitions seeking to bring the development to a halt. 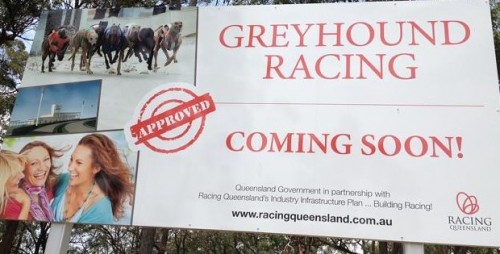 The current Queensland Government put all racing infrastructure projects under review and instigated a Commission of Inquiry in the wake of the Four Corners expose of the live-baiting scandal in the greyhound racing industry.

A statement from Queensland Racing Minister Grace Grace advised that the state Government had no plans to fund the development of any standalone greyhound tracks in Queensland.

Racing Queensland's new Chief Executive Dr Elliot Forbes, who commences in the rol on 22nd August, will have the final say on whether a greyhound track could still potentially be built as planned at Cronulla Park.

However, Logan Mayor Luke Smith said it was time the people of Logan were heard, telling the ABC “at the moment it's sitting idle. We're yet to get a firm or definitive response from the state government on what they're doing in regards to any greyhound track.

"We know it's on hold but we're yet to receive that actual letter that says it's not progressing."

Images: A CAD image of the planned Cronulla Park greyhound racing facility (top) and a sign promoting the planned venue (below).