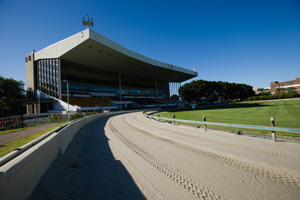 Following speculation that Sydney’s Wentworth Park would be sold to developers after greyhound racing ends at the venue next year, the NSW Government has stated that the Wentworth Park Sporting Complex will remain in public hands and be repurposed as park land and/or a sports facility.

Located just 2 kilometres from the centre of Sydney, there had been speculation that the four-hectare site would be redeveloped for housing, while local residents had been calling for the the land to used for a new primary school.

However, NSW Minister for Lands and Water, Niall Blair stated “the NSW Government’s commitment regarding the Wentworth Park site is clear – existing greyhound tracks on Crown land will be repurposed as open public space, alternative sporting facilities or for other community uses.”

Minister Blair also announced the appointment of Rodney Gilmour as administrator, to manage the ongoing public use of the Sporting Complex.

Minister Blair advised “Mr Gilmour will be responsible for overseeing the operations of the Wentworth Park site, including ongoing public use for community purposes, in the leadup to and following the cessation of greyhound racing on 1st July 2017 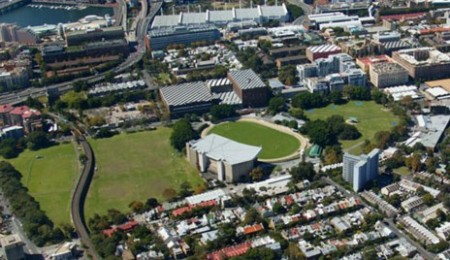 The five-year term of the previous community board of the Wentworth Park Sporting Complex Trust expired on 26th May 2016, necessitating the appointment of an administrator to manage the affairs of the Trust.

In addition to greyhound racing, Wentworth Park has been used for  various sports including rugby union, rugby league and football. Sources suggest its 3,000 seat grandstand could be redeveloped as a boutique stadium for the A League's Sydney FC while earlier this year there was speculation that the site could be developed as new central Sydney entertainment arena.

Images: Wentworth Park's main grandstand (top) and its valubale location from the air (below).