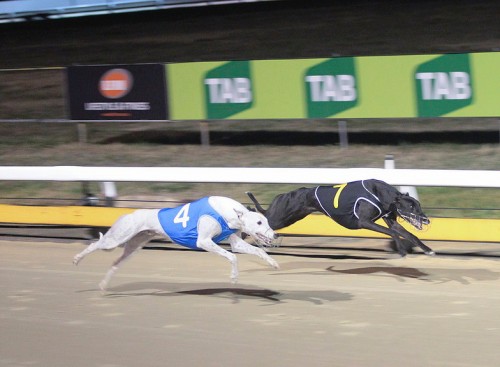 The Australian Capital Territory will follow the lead of the NSW Government in banning greyhound racing.

Chief Minister Barr wrote on Facebook "there is no future for this industry in the ACT”, adding “we will consider the findings of the NSW report before announcing a process to end the practice of greyhound racing in the ACT.

"It is untenable for the ACT Government to continue allowing, and financially supporting the practice of greyhound racing."

Premier Baird said the decision to ban the sport was made "in response to widespread illegal and unconscionable activity" in greyhound racing.

With pressure now mounting for the sport to be banned elsewhere in Australia, Queensland Racing Minister Grace Grace said the sport will continue but that the industry is on its final warning.

Minister Grace said greyhound racing would continue but with with continued vigilance on animal welfare and integrity.

She stated "Queensland was the first state to act in response to greyhound live baiting cases last year.

"We acted immediately to stop the sickening abuse that was exposed, and put the greyhound industry on notice that it had to clean up its act.

"Clearly, the greyhound industry is aware that it's on its last chance."

The NSW Government's move to ban greyhound racing comes after the ABC's Four Corners program exposed widespread and extreme animal cruelty and cheating through the use of live baiting to entice and train greyhounds.

Footage captured for the program confirmed the existence of live baiting to train greyhounds in Victoria, NSW and Queensland.

In a statement, GRNSW advised “the greyhound racing industry is devastated by today’s decision by the NSW Government to shut down the sport in NSW.

“Around our state there are many thousands of responsible participants who treat their greyhounds like family who are involved in the greyhound racing industry either through training, racing or supporting the sport.”