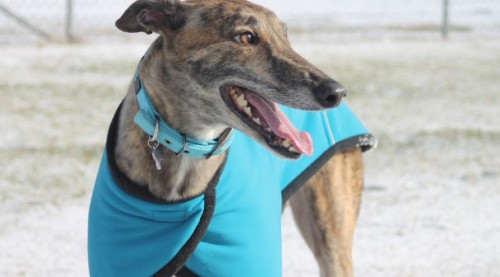 In the wake of overwhelming evidence of animal cruelty, including mass greyhound killings and live baiting, the NSW Government has announced that greyhound racing will be banned in New South Wales from 1st July next year.

The NSW Government’s decision follows damning findings from a special commission of inquiry with NSW Premier Mike Baird says the NSW Government was left with "no acceptable course of action except to close this industry down", saying that the "widespread and systemic mistreatment of animals" cannot be tolerated.

The move will see NSW becomes first state in Australia to ban greyhound racing with detailed plans for the shutdown tol be developed with industry consultation.

• Between 48,000 and 68,000 dogs were killed in past 12 years in NSW because they were too slow or otherwise unsuitable for racing
• Live baiting was widespread, with about up to 20% of trainers engaged in the practice
• Greyhound Racing NSW had a policy of deliberately misreporting the number of dog deaths and injuries
• The industry is not capable of reforming over the short or medium term

The ban also comes after an ABC Four Corners program in February last year exposed widespread and extreme animal cruelty and cheating through the use of live baiting to entice and train greyhounds, which then led to the special commission.

Internal documents revealed senior greyhound racing administrators in NSW were actively strategising to downplay live baiting in the industry in the days before the program was set to air.

Four Corners exposed the use of piglets, possums and rabbits as live bait in secret greyhound training sessions.

Stating that the shutdown of the industry was “certainly ... not an easy decision”, Premier Baird explained “(this) is not something that has been taken lightly. But when confronted with Justice McHugh's report, I believe there is no other alternative."

In his recommendation to Parliament, McHugh said it should be considered whether the industry had lost its "social licence" to operate and should be shut down.

His alternative recommendation was extensive reform, including tighter regulation. But he said if the industry continued, there was a "very real risk" that live baiting would continue. 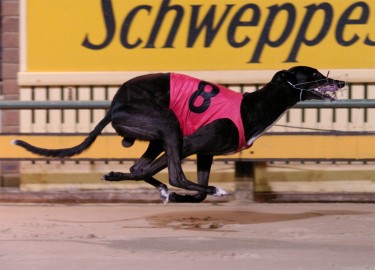 There are 6,809 registered greyhounds in NSW, which will need to be re-homed, transferred interstate or put down, the inquiry found.

Premier Baird said the decision showed the NSW Government was making animal welfare a priority, adding “as a humane and responsible Government, we are left with no acceptable course of action except to close this industry down.

"This is the inevitable conclusion to be drawn from the appalling revelations in Mr McHugh's report and his considered view that any other measures are unlikely to protect animals from further cruelty."

He described the evidence of animal cruelty heard by the commission as "chilling and horrific", commenting “as you will see when you go through the report, he has shone the light on an industry that has overseen the slaughter of tens of thousands of healthy dogs whose only crime was they weren't fast enough.

"He's also shown an industry which has turned a blind eye to the barbaric practice of live baiting.

“He's shown that the industry has a culture of deception.

"Indeed the commissioner has found that it is no longer entitled to the trust of the community."

In a statement, Greyhound Racing NSW (GRNSW) said the industry was "devastated" by the decision and responded to the ban by emphasising its overhaul of integrity protocols since the live baiting scandal broke.

The statement explained "GRNSW had taken decisive action as it strived to recover community trust and believed that its reforms and strategic direction could have transformed the sport into a stronger, sustainable one in which animal welfare and integrity were fundamental to a vibrant future.

"The NSW Government, after receiving the Report of the Special Commission of Inquiry, has come to a different conclusion, one that will rock industry participants and associated communities around our state, as well as the hardworking GRNSW team and its partners who have been working tirelessly to improve the industry."

NSW Racing Minister and Deputy Premier Troy Grant said he was sure that everyone who read the report would be horrified by it, as he was.

He said the evidence in the report went far beyond the single issue of live baiting, adding “no Government wants to close down an industry and I absolutely want to acknowledge that there are many, many great people in the greyhound industry who will be devastated by this news.

"This is a tough day for all those connected to the industry but I urge them not to panic."

Animals Australia's Shantha Hamade described the announcement as "a courageous decision in line with the community expectation".

The transition plan for the winding down of the industry as of 1st July 2017 will include:

•A welfare plan for existing greyhounds, including opportunities for re-homing;
•An adjustment package for industry participants; and
•A transition arrangement for existing Greyhound Racing NSW assets that will ensure they are used

The NSW Government will prepare and consult on legislation to be presented to Parliament to cease the industry’s operation and to appoint an administrator for Greyhound Racing NSW.

A summary of key findings and observations of the inquiry are attached and the Commission of Inquiry’s report is available at www.greyhoundracinginquiry.justice.nsw.gov.au