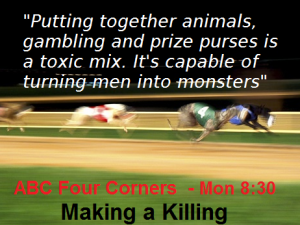 The judges stated “it took bravery, tenacity and months of planning in three states to produce a jaw-dropping report that has shaken not just the greyhound code but the entire racing industry

The Walkley Awards celebrated its 60th anniversary after being established in 1956 by Sir William Gaston - the founder of Ampol Petroleum.