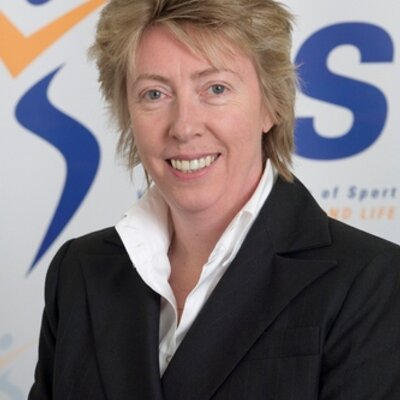 Greyhounds Australasia has announced the appointment of Anne Marie Harrison to the role of Chair.

Harrison is a highly regarded, very experienced and successful sports administrator having spent nearly 40 years in national and state sporting organisations, the Olympic movement and peak agencies including much at Chief Executive and Director level.

Harrison has been the Chief Executive at the Victorian Institute of Sport since 2006 where she has driven performance improvement, recruited high quality staff, and established positive working relationships with athletes, stakeholders, partners and national/international organisations.

She was also the inaugural Executive Director of the Scottish Institute of Sport from 1999 to 2006 where she led the establishment of the organisation, recruited and managed a staff of 49 looking after 280 athletes and establishing a culture of delivery “where things happen”.

After spending six years as Executive Director of the Victorian Gymnastics Association, Harrison spent the next six years heading up the Sports Federation of Victoria (Vicsport) where she looked after the interests of 1.5 million registered participants advocating for a greater share of government funding for sport, more sport friendly policies and providing a range of member services to the industry.

Explaining that she was delighted to be given the opportunity to lead the national body at a vital time for the industry, Harrison this week advised “I am excited by the challenge of helping this industry achieve long term success. GA’s role is to facilitate a uniform, responsive and binding decision making process and I will be working hard to generate outcomes which are in the best interests of all our members and, of course, for the many thousands of owners, trainers, breeders and others who love their greyhounds and greyhound racing.

“I am confident in the industry’s future. I have followed its recent progress and believe I have an understanding of the opportunities and challenges. I have taken on this role because I’ve been impressed with the reform the industry has made in recent years and its capacity to adjust to change. Of course, there is much more to be done.”

“I have a lot to learn and my role will be to absorb as much as I can for some time. I look forward to meeting as many administrators, owners, breeders and trainers as I can in the weeks and months ahead so I can benefit from a breadth of wonderful experience.”

Harrison succeeds Russell Ware, Chair for the past eight years.