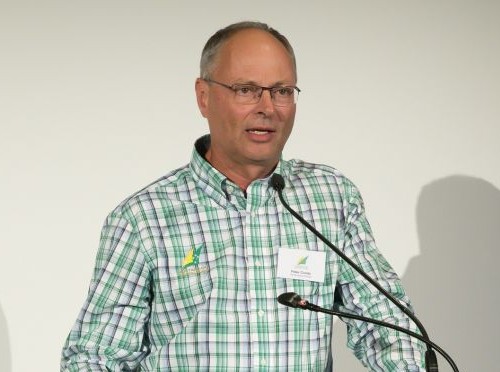 Australian Institute of Sport (AIS) Director Peter Conde has outlined his plan to continue the sports training agency's historic record of achievement in a press release on the Australian Sports Commission website.

His essay, Building on the past to take the AIS into the future, reads as follows:

The AIS has been revolutionary for Australian sport over 37 years, and it can be again. But to fulfil that world-class leadership role it cannot return to what it used to be.

The AIS is undertaking significant and necessary change to position Australian high performance sport for the next 20 years. To succeed, we must be progressive and not default to what may have worked 20 years ago.

The AIS was built in 1981 to be an innovative problem-solver for Australian sport, following the failed 1976 Montreal Olympic campaign where Australia did not win a single gold medal.

Sport science was in its embryonic stages and it made absolute sense to bring together a critical mass of sports scientists, coaches, administrators and athletes in a centralised daily training environment.

The AIS was unique, not only in Australia but internationally. It gave Australian sport a competitive advantage.

But the traits that once distinguished the AIS are now common-place around the world. Outstanding sporting minds and sport scientists also populate our own state institutes and academies of sport – and indeed our sporting organisations.

So, as set out from the start, the AIS must again be the innovative-problem solver. The AIS was created to lead, not to follow or duplicate. We must search for what can make the AIS unique and again give Australian sport its competitive edge.

In this evolving sporting landscape, the Australian high performance system is crying out for national leadership.

The AIS’ responsibility and mission must have two themes. One is to lead and enable a united, collaborative high performance sport system that supports Australian athletes to achieve international podium success.

The other is to identify and solve strategic problems on the frontiers of ethical sporting performance.

The AIS took a step towards assuming a more strategic leadership role when it stopped AIS sporting programs and athlete scholarships in 2013, after the 2012 London Olympics. This strategy was called Australia’s Winning Edge.

Progress has been made. Australia’s performance at the recent Gold Coast Commonwealth Games showed promising signs, though we are certainly not getting carried away and claiming Australian high performance sport has been fixed for the long-term. There is still a lot of work to do and change to initiate.

Details of the future AIS high performance strategy will become clearer upon release of the National Sport Plan. But the AIS of the future will be built around key focus areas.

A united high performance system led by the AIS
The AIS was conceived when State Institutes and Academies of Sport didn’t exist. The AIS requires significant change, in collaboration with these organisations, to be highly relevant to sports and to regain its world-leading reputation. The system absolutely needs leadership so we have these bodies collaborating and not competing. A good national relationship is emerging.  Our best athletes and our developing athletes must train and compete in effective daily training environments with genuine high performance culture and great coaches working alongside top sport science and medicine practitioners. There are many ways to provide these environments, both at the AIS, State Institutes and Academies, and in sport-specific national training centres.

Efficient and effective investment allocation
While investment in high performance sport has declined in Australia, key competitor nations have enjoyed real funding increases.  We should not be surprised by the outcome. A future funding model will not be a 'one-size-fits-all', but a tailored approach to each sport based on capability and potential. It will be based on collaboration between sports and AIS expertise. While measures are to be finalised, they will be more balanced than a fixation on overall medal tallies.

Supporting sport with timely applied technology and innovation solutions
This will be built around multi-disciplinary expert programs that reinforce existing strengths but also evolve to be on the frontiers of human sporting performance. We will address key issues such as performance under pressure and a proactive approach to athlete health and injury prevention. We will reinforce existing strengths, such as engineering solutions for equipment development, data generation and performance analysis. The AIS, in consultation with sport, will drive research programs and cross-sport initiatives in collaboration with leading Australian Universities.

Leading a national approach to athlete wellbeing and engagement
This will cover mental health, education and career development, transitions and community engagement. We have already initiated a new AIS division to lead this essential work. We believe it has the potential to not only connect athletes with their communities, but also boost performance.

Developing performance people
Outstanding coaches and leaders are essential to a world-leading system and it is the AIS’ responsibility to assist sports and system participants to recruit and develop the very best talent.

A revitalised AIS Campus in Canberra
There is under-utilised land at the AIS campus, which is costly to maintain. There is the potential to free capital, but the purpose would be to reinvest in facilities that are fit-for-purpose, world-class and provide a compelling package for sports and athletes. This is a major undertaking and will require negotiation over time. Simultaneously, the AIS’ role must be nationally inclusive and not solely focused on its Canberra campus. Australia’s high performance workforce must be agile and mobile to deliver performance outcomes.

Achievement at the highest levels of international sport is very important to Australians and our national identity. We believe it plays an important role in national pride and inspiring sport participation.

The AIS understands and accepts this responsibility. It’s why we’re intently focused on changing our future, not returning to the past.