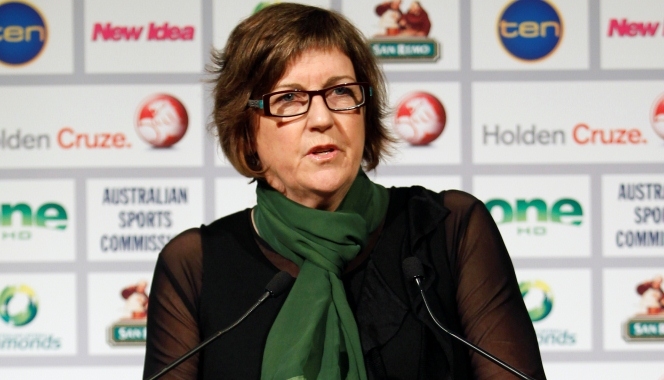 Kate Palmer, who recently advised that she would be leaving Netball Australia, has been revealed as the new Chief Executive of the Australian Sports Commission (ASC).

"It offers a unique opportunity to shape the future of sport in Australia at the elite international and grassroots levels and have real impact on sporting outcomes for all Australians.

“This is an important time in Australian sport and the ASC Board has no doubt that Kate is the right person to lead our mission, which is to ensure Australia remains a sporting and healthy nation that can both achieve success at the highest levels of international sport and thrive in our community participation.

“Kate has done an exceptional job over the past decade in her role as CEO of Netball Australia, leading the largest female participation sport in Australia and tripling revenue in the past seven years.

“She has created high performing organisations which have excelled in high performance and growing community participation, with good governance and people management. She has a successful track record of leading transformative organisational change.”

Federal Minister for Sport Sussan Ley added her congratulations to Palmer on her appointment, saying it sent a clear signal about women leaders in sport and the Government’s commitment to develop women’s leadership potential as coaches, officials and administrators.

Minister Ley commented “this is the first female appointment to the role in the ASC’s 31 years of operation, which is a significant personal achievement and milestone for Australian sport.

“Ms Palmer has an exceptional track record and is well placed to meet the challenges and opportunities of the future of sport in Australia.”

Commenting on her new role, Palmer stated “this is my dream job. I am passionate about sport and want to help sport grow and succeed in this country, both in terms of participation and elite performance.

“I am excited about the challenge of improving Australia’s competitiveness at the highest levels of world sport.

“We have a lot of strengths to build on in the Australian sporting system, but we also need to look very hard at what we can do better for the future.

“I leave Netball Australia feeling very proud of what we have achieved, knowing that the sport and the organisation is in excellent shape heading into the next phase.

Palmer will commence in her new role as of 30th January 2017.

Wylie thanked Matt Favier, Director of the AIS, for his contribution to the ASC in his capacity as acting Chief Executive over the past two months.