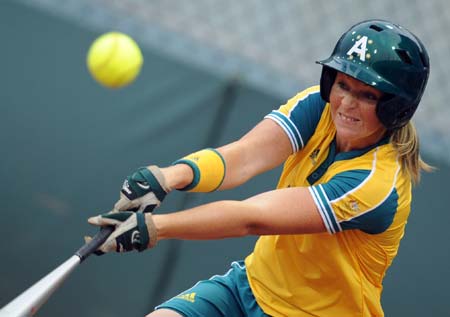 High performance funding to sports will increase by $3.6 million to $101.6 million in 2017/18, while the ASC has allocated more than $20 million to sports for participation activities.

The high performance funding boost will help Australian athletes prepare for an exciting 2018, which includes the PyeongChang Winter Olympic and Paralympic Games and the Gold Coast Commonwealth Games.

AIS Director Matt Favier commented “we know these events will captivate Australians and we want Aussie athletes to know they have the support of the Australian Sports Commission, the AIS and our sporting partners.

“Australia’s winter athletes have shown strong lead-up form to the Winter Olympics by claiming five medals at the World Championships earlier this year - equalling Australia’s best medal performance in 2011. We have strong medal chances in the Winter Paralympics too.

“The Gold Coast Commonwealth Games will be a wonderful opportunity to celebrate and watch our incredible athletes on home soil. The Australian team will comprise some 470 athletes – including para-athletes - across 18 sports.”

“This funding is also pivotal as the ASC, AIS, sports and partners continue the journey to the 2020 Tokyo Olympic and Paralympic Games.”

Additional funding from the Australian Government has enabled the AIS to invest more than $55 million in high performance programs that will feature at the 2018 Gold Coast Commonwealth Games.

The Australian Paralympic team achieved a sixth consecutive top-five finish at the 2016 Rio Paralympic Games and their consistency has been marked by a net increase of $683,000 to Paralympic high performance programs in 2017/18.

10 Paralympic programs have received a boost in funding, led by wheelchair rugby, canoeing and triathlon.

The Australian women’s rugby sevens team created history by winning the inaugural Olympic gold medal in Rio last year, and they will be strongly supported in the quest to claim Commonwealth Games gold next year. The women’s rugby sevens program has received a $500,000 increase in funding, or 65%, to $1.265 million for 2017/18.

The AIS also continues to invest strongly in Australia’s netball team, the Diamonds ($2.065 million), and hockey team, the Hockeyroos ($2.508 million), both of which will aim to defend their titles at the 2018 Gold Coast Commonwealth Games.

Women’s softball ($1.208 million) has also received a boost in funding as it prepares to re-enter Olympic competition in Tokyo 2020.

In addition to funding sports, the AIS continues to invest $12 million per year in direct grants to athletes - known as dAIS – which assists with training and competition costs before major events. This has been supplemented by a partnership with Commonwealth Games Australia, which is investing a further $2 million into dAIS leading into the 2018 Gold Coast Commonwealth Games.

The ASC has also allocated $20.4 million to national sporting bodies for participation activities in 2017/18, including an increase to nine sports. The ASC distributes participation funding using an investment framework based on participation data from the ASC’s national survey, AusPlay, as well as data reported by sporting organisations.

The participation funding to sports augments the ASC’s other participation programs, including the $40 million per year Sporting Schools program.

Image: Jodie Bowering of Australia during the Australia vs Japan women's Olympic Games Softball final at the Beijing 2008 Olympics.