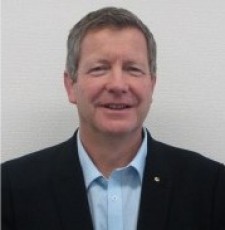 Carroll, who has spent the past two-and-a-half years as the principal executive at Australian Sailing, will start his new job with the AOC in May, and has already stated that he will be looking to strengthen ties between the Olympic body and national sporting federations.

Reporting on Carroll’s appointment, AAP advised that Carroll said he will be seeking to establish stronger relationships with sporting bodies to help combat talent drains to emerging codes.

His appointment comes amid a boom in women's professional sport, most recently through the women's AFL and women's Big Bash League cricket competitions.

The Australian Olympic team has recently relied heavily on women to boost its medal tally - at last year's Rio Games there were more women than men on the team for the first time.

Carroll said stronger relationships were imperative to "make sure the talent of both coaches and athletes continue to flow to the Olympic sports".

Speaking to AAP, Carroll advised that he would be “working with all the (Olympic) sports, not telling them how to run themselves, that is their business.

"But I think collectively we can work together a bit stronger, better, to face those challenges from the big professional sports.”

He added "I know Kate Palmer quite well and we have got on over the years.

“Both the AOC and the Australian Sports Commission want the same thing - success for Australian sport.”

Carroll’s wide-ranging sport management experience is most closely associated with rugby, having spent almost six years as Australian Rugby Union Deputy Chief Executive and two stints on Rugby World Cup organising committees. He was also the inaugural A-League general manager at Football Federation Australia between 2004 and 2007 and a long-time NSW Rugby Union Director during the 1990s.

Carroll's experience advising Japan on its successful bid to host the 2019 Rugby World Cup will have worked in his favour as the AOC prepares for the 2018 Winter Olympics and the 2020 Tokyo Olympics.

He was credited with steering the sport of sailing – one of the country's recent Olympics success stories – through major structural change as it moved from a federated model to the centralised form it takes now under Australian Sailing.

Carroll will commence in his new role in May.