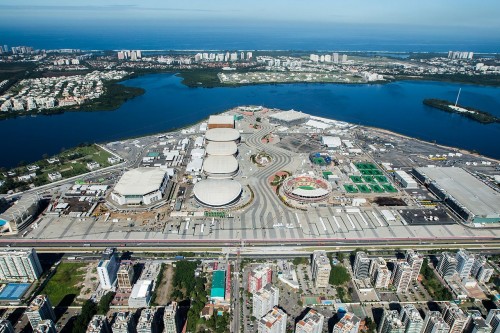 A public battle between Australian sports administrators that erupted as the 2016 Olympic Games close in Rio has highlighted deep rifts between the Australian Sports Commission (ASC) and the Australian Olympic Committee (AOC).

According to a report in online media outlet The New Daily, AOC President John Coates has effectively blamed the ASC’s Winning Edge funding policy for the disappointing haul of 29 medals - Australia’s worst performance since the 1992 Barcelona Olympics.

Looking to distance himself from a policy he previously backed, Coates has reportedly resigned his appointment to the ASC’s review of the Australian Institute of Sport, saying that he cannot support the commission’s funding policy that distributed out $380 million of Federal Government funding to Olympic sports in the last four years.

Coates, who has headed the AOC for 26 years, says he will now focus on his role as Executive President of the AOC.

The New Daily reports that Coates’ decision constitutes a direct attack on the reform agenda of ASC Chairman John Wiley, who is trying to increase accountability of peak administrators by overhauling governance standards across all sports.

However, Coates has also been attacked from the head of Cycling Australia Mal Speed for being paid more than $680,000 a year.

Speed questioned why Coates was receiving such a large pay cheque from the AOC when the chairs of most sporting peak bodies were only being reimbursed for costs.

The Australian Olympic Committee is a private organisation that is not subject to the ASC’ current reform program. 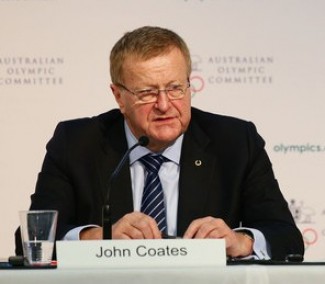 However, The New Daily suggested that “if the AOC was required to fall into line with Mr Wiley’s governance benchmarks its current structure would not likely survive.”

The New Daily added that “under mandatory governance principles introduced in June 2015, the ASC requires that all peak sports bodies appoint independent directors to their boards.

“Under this standard, directors of bodies such as Athletics Australia and Cycling Australia cannot be employed by their organisations, nor hold ‘any other material office within the organisational structure’.

“Directors are also required to avoid any ‘material conflict of interest as a result of being a director’.”

According to Professor Bob Stewart from Victoria University of Technology, most of Australia’s peak sports bodies satisfy the requirement for independent directors.

However, Coates and other directors of the AOC do not qualify as independent directors according to the Commission’s test because several also hold paid executive roles.

Professor Stewart explained “the boards of most Australian sports organisations are filled by volunteer directors who focus on the strategic goals of the sport and that means they do not intrude into the day-to-day management.

“Mr Coates’ role as an executive chairman contravenes the structure recommended as best practice by the sports commission..

“Mr Coates’ role seems to be a complete anachronism when compared to other presidents of national sporting bodies.”

As previously revealed by The New Daily, Coates has collected consulting fees worth more than $7 million since 2000.

Moreover, he is the highest-paid executive on the AOC payroll and his remuneration has been increasing as Australia’s performances since the Sydney Olympics have declined.

The Australian team won only 29 medals in Rio compared to 58 in Sydney 16 years ago.

Professor Stewart questioned the size of Coates’ annual pay, saying that presidents of national sports were accustomed to merely recouping expenses for performing their roles.

He added “Mr Coates’ remuneration seems to be very generous in light of the position he holds as President.”

The AOC states in its annual report that it considers Coates an “independent director” of the board because he is not chief executive of the organisation.

According to a governance statement included in the AOC annual report, Coates’ annual pay is set by three other directors who sit on a remuneration panel.