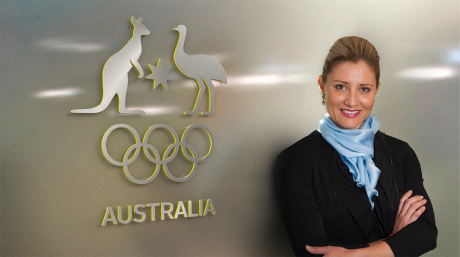 After 12 years and 10 Olympic campaigns Fiona de Jong has today announced she will be leaving her role as Chief Executive of the Australian Olympic Committee (AOC) at the end of this year.

Announcing her departure, de Jong stated “having been part of the preparation of three summer, three winter and four youth Australian Olympic Teams, I’ve enjoyed a most rewarding career with the AOC.

“The Rio 2016 Olympic Games was my 10th Olympic campaign. With Rio behind us and a solid strategic framework in place to guide the AOC through to 2024, I am proud of the contribution I’ve made. Now is the best time for someone else to build on this framework and drive the Tokyo 2020 and 2024 campaigns from the beginning of the new quadrennial – both a formidable and exciting task,” added de Jong.

A former triathlete and lawyer, de Jong joined the AOC in 2004. For 10 years she assumed the role of Director of Sport, overseeing the successful preparation of Australian Olympic Teams for Torino 2006, Beijing 2008, Vancouver 2010, London 2012 and Sochi 2014 Olympic Games and Singapore 2010, Innsbruck 2012 and Nanjing 2014 Youth Olympic Games.

She also managed the delivery of five Australian Youth Olympic Festivals hosted in Sydney as part of Sydney’s legacy from the 2000 Olympics. In this role de Jong managed the AOC Medical Commission and Athletes’ Commission and built a reputation for ensuring the athlete selection process for Australian Olympic Teams was an open, fair and transparent one including a formidable success rate in disputes before the Court of Arbitration for Sport.

In August 2014, de Jong was appointed Secretary General, later modernised to the title of Chief Executive.

Commenting on her achievements, AOC President John Coates stated “in her 12 years at the AOC Fiona served under six Chef de Missions and has become widely respected amongst the 28 summer and 7 winter national sporting federations.

“She is one of Australia’s great sports administrators and has made an outstanding contribution to the Olympic movement during her years at the AOC.”

The AOC Executive will begin looking for a replacement from next month.